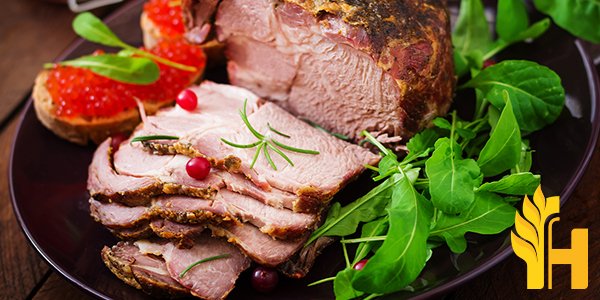 Where to buy and sell Ham, lowest (cheapest) and highest price.

The Current commodity price of Ham per kg, pound in the world in the global markets

Ham is a type of pork that has been preserved through wet or dry curing, with or without smoking. As processed meat, the term "ham" can refer to both whole cuts of meat and those that have been mechanically formed. The term comes from the Old English word "hæm", meaning "home". This is because the ham was traditionally cured and smoked at home. Today, ham is produced commercially and can be found in both wet and dry forms. Wet ham is often injected with brine, while dry ham is rubbed with salt or sugar. Ham can be cooked in many ways, including baking, grilling, frying, and roasting. It is a popular ingredient in dishes such as ham and eggs, ham and cheese sandwiches, and black-eyed peas and ham. There's nothing quite like a good piece of ham, is there? And when it comes to ham, there's nothing better than acorn-fed Iberian ham. This type of ham is renowned for its exceptional flavor and texture, thanks to the unique way in which the pigs are raised. The long and slender leg is one of the first things you'll notice about acorn-fed Iberian ham. This is due to the fact that the pigs are raised on a diet of acorns, which gives their meat a distinctive flavor and texture. The white and unctuous fat is another distinguishing feature, as is the marbled effect caused by the fat seeping into the muscle. The shine of the meat is also a sign of quality, as is the fact that the ham is free from additives and preservatives. If you're looking for a delicious and authentic piece of ham, then acorn-fed Iberian ham is a perfect choice. Thanks to its unique flavor and texture, it's sure to impress any palate. Ham is one of the oldest meats of civilized man, although Larousse Gastronomique claims that the salting and smoking of pork to produce ham is a French invention. Hams are produced by almost every country in the world. The curing process for hams can take up to six months, and the flavor can vary depending on the country of origin. In the United States, hams are often smoked or cured with brown sugar or maple syrup. Some popular types of ham include Virginia-style ham, which is smoked and then aged for up to 18 months, and Westphalian ham, which is dry-cured with juniper berries. Ham is a type of cured meat that has a distinctive pink color. The curing process begins by infusing fresh meat with a sodium nitrite solution where it is quickly converted to nitric oxide (NO). This process produces a characteristic pink color in the meat. Ham can be eaten cooked or uncooked and is a popular ingredient in sandwiches and other dishes.