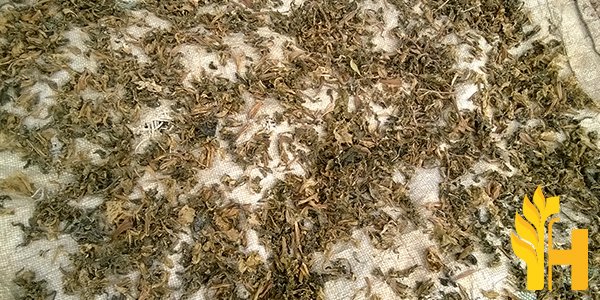 Where to buy and sell Gundruk, lowest (cheapest) and highest price.

The Current commodity price of Gundruk per kg, pound in the world in the global markets

Gundruk (Nepali: गुन्द्रुक pronounced [ɡund̪ruk] is a fermented leafy green vegetable and popular food in Nepal, and it is claimed to be one of the national dishes. It is popular not only in Nepal but also in Gorkhali or Nepalese diaspora households worldwide. The annual production of gundruk in Nepal is estimated at 2,000 tons and most of the production is carried out at the household level.

"Gundruk" is a traditional fermented leafy green vegetable from Nepal. Gundruk is also claimed to be one of the national dishes. The annual production of gundruk in Nepal is estimated at 2,000 tons and most of the production occurs at the household level.

Gundruk is made by lightly steaming or boiling young leaves of vegetables with added spices in the Nepali households. The most common leafy green vegetable used in its preparation are mustard leaves, radish leaves, spinach, and water morning glory. After cooking, these vegetables are hand mashed into a pulp or shredded finely with hands to help them to decompose faster. The shredded vegetable is then stored in a dry place for 2–3 days, after which it ferments. This fermented product is called guti or kutu and served as a side dish with rice.

Guti can also be made by storing the vegetables in a pot covered by water for 1–2 weeks. Gundruk can be preserved for up to six months at room temperature although it is sold and consumed fresh.

The preparation of gundruk improves the digestibility of its ingredients. It has been served as peasant food in Nepalese households since ancient times because it requires little resources to produce, does not spoil quickly, is rich in nutrients, and provides necessary roughage. Gundruk is high in iron, calcium, and vitamins A and C among other nutrients.

Gundruk is believed to be a rich source of digestible protein especially for people who can't afford meat or fish-based proteins. Consumption of gundruk is high among Nepali population because of this reason.

Gundruk has been traditionally produced in the Himalayan region for centuries; however, it can be produced anywhere in the world with some modifications to the traditional method. Gundruk is not only produced and consumed by Nepalis but also by people of Nepali origin living in the Indian subcontinent, North America, Europe, and Australia.

Gundruk is a fermented and dried leafy vegetable dish from the Nepali cuisine. It is typically made from cabbage, radish, and spinach. Gundruk soup is a traditional Nepali soup that is prepared with gundruk as the main ingredient. Gundruk is produced in Nepal, India, and Bhutan. In Nepal, gundruk is typically made from cabbage, radish, and spinach. The leaves are chopped and left to ferment for 2-3 days before they are sun-dried. Once dried, the leaves are pounded into a powder and used as a seasoning or soup ingredient. Gundruk is usually made from white radishes, but other varieties can be used as well. The fermentation process can take anywhere from a few days to a few weeks, depending on the temperature and the type of radish being used. Once fermented, gundruk can be stored in an airtight container for up to a year.