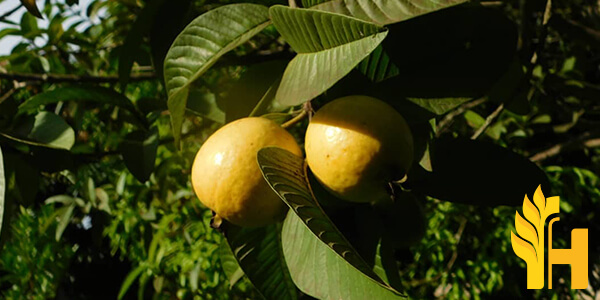 Where to buy and sell Guava, lowest (cheapest) and highest price.

The Current commodity price of Guava per kg, pound in the world in the global markets

Guava is an evergreen shrub (rarely a small tree) that is cultivated for its edible fruits. It belongs to the Mytraceae family. It usually consists of two slender trunks covered with smooth brownish red bark. The trunks tend to be branched at the base. The branches usually droop low to the ground. Its foliage consists of oval-shaped or elliptical leaves that are smooth on the upper surface and hairy on the lower surface. The tree produces single small white or creamy flowers which then turn into berry fruits. The edible berry fruits are oval and usually green or yellow in color. Its pulp occurs in a variety of colors, commonly in red, pink, yellow, or white. The flesh of the fruit contains numerous seeds. The guava tree may reach up to 10 meters in height and lives up to 40 years. It is believed that the tree is native to the tropical parts of America, but the precise origins of the tree are unknown.

Guava is commonly cultivated for its edible fruits that are usually eaten raw or further processed to produce a paste, jellies, and different preserves. The fruits are often dehydrated in order to make guava powder. It is an excellent source of nutrients. It is especially rich in vitamin C as well as other antioxidants which show a great impact on health. It helps to improve digestion and the digestive system because it is rich in natural dietary fiber. It also boosts the immune system and is often used to relieve menstrual cramps and soothe painful periods.

According to various sources, up to 55 000 000 metric tonnes of guava were produced worldwide. The leading producer of this fruit is India with almost 21 800 000 metric tonnes produced each year. India produces up to 45% of the total global production. Another large producer of guava is Brazil and Mexico where up to 20% of the total number is produced each year. Guava production is also quite significant for the fruit industry in Cuba, the United States, South Africa, Jamaica, Kenya, Egypt, Columbia, and the Philippines. Guava grows best in tropical and subtropical areas that are frost-free.

In 2018, global production of guava was estimated at around 6.7 million metric tons. The majority of this production came from Asia, with India alone accounting for approximately 4.3 million metric tons. Other major producers include China, Thailand, Pakistan, and Bangladesh. In India, guava is grown in a variety of climates, from tropical to sub-tropical. The Indian state of Maharashtra is the largest producer of guava in the country, followed by Uttar Pradesh and Karnataka. India is also the world’s largest exporter of guava, with shipments totaling around $290 million in 2018. The leading importers of guava are the United Arab Emirates, Saudi Arabia, and Kuwait. These countries import the fruit primarily from Pakistan and India. Guava is a popular fruit due to its sweetness and nutritional value. The fruit is a good source of vitamins A and C, as well as fiber. Guava can be eaten fresh, used in juices and smoothies, or cooked in pies and jams.