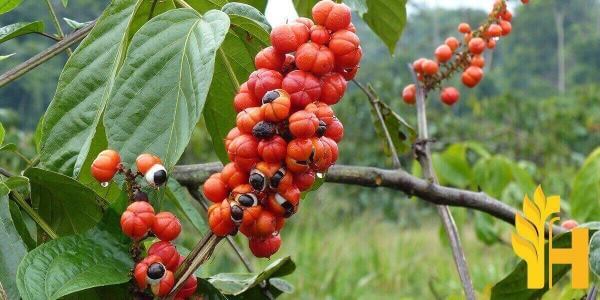 The current, latest prices of Guarana in the world in the global markets

Paulinia Guarana, also known as guarana, is a plant native to the Amazon. This unique plant and its unusual properties were known by Indians long before the plant was popularized in Europe, the Old Continent. It was described by the German botanist Paullini in the 17th century. That was also the time when this plant began to gain its popularity.

The name of the plant, derived from the Guarani tribe, which proclaimed it a magical plant, calling it a gift from God and proclaiming guarana the elixir of youth. The tribe used guarana mostly to treat intestinal problems as well as a natural stimulant. Soon after it was discovered in other places over the world, guarana became one of the popular plants loved by many. It is used willingly because of its completely natural origin. It improves cognitional mechanisms, improves focus, adds energy, and is not as addictive as any other source of caffeine.

The main benefit of guarana consumption is the fact that it helps the body to bear lots of mental and physical endeavors. Of course, the effects are only temporary, just like in the case of other stimulants with caffeine. The advantage of guarana is the fact that it keeps the body in a state of stimulation for a long period of time. One dose of guarana may be enough for up to 6-7 hours! This long period is achieved thanks to the fact that it is relatively slowly reduced into the body. Guarana beans contain 4-8% caffeine, which is almost four times more than the amount of caffeine in coffee beans. Without any doubt, it is a great replacement for coffee.

Nowadays guarana is mostly used in energy drinks, tea, dietary supplements, and many other types of beverages. Most guarana production and processing take place in Brazil where it is consumed on a large scale.

Guarana not only stimulates the body but also accelerates weight loss. It has beneficial effects on the brain, improves memorizing and concentration as well as positively affects our mood. It is also a great natural way to deal with stress and shows several soothing effects, especially after a long stressful day at work.

Due to the high amounts of caffeine, guarana should not be consumed by children and during pregnancy. It is also not recommended for people with high blood pressure and heart diseases.

Most of the world’s guarana production takes place in Brazil where up to 2.64 thousand tons of guarana beans are produced annually. Almost 70% of the total guarana produced is later processed and used in the production of soft and energy drinks. The remaining guarana is used to produce guarana powder that is later further processed.