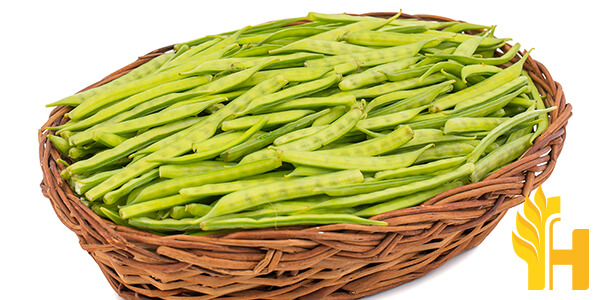 Where to buy and sell Guar, lowest (cheapest) and highest price.

The Current commodity price of Guar per kg, pound in the world in the global markets

guar cluster beans (out of state)

guar cluster beans (out of state)

The guar or cluster bean, with the botanical name Cyamopsis tetragonoloba, is an annual legume and the source of guar gum. It is also known as gavar, gawar, or guvar bean.

The origin of Cyamopsis tetragonoloba is unknown since it has never been found in the wild. It is assumed to have developed from the African species Cyamopsis senegalensis. It was further domesticated in South Asia, where it has been cultivated for centuries. Guar grows well in semiarid areas but frequent rainfall is necessary. This plant has been grown in India for centuries and was probably introduced to the United States in the 1890s. It is widely distributed throughout India, Pakistan, and Burma.

The guar bean is a nitrogen-fixing legume that usually lives for 3 years but sometimes up to 6 years. Although it can tolerate poor soils with pH values less than 6.0, its yield is highest when grown on neutral soils with a pH between 7.0 and 8.5. The optimum soil for guar is a deep sandy loam that allows good root penetration and has adequate drainage.

Guar spreads by both creeping stems (stolons) and seeds; it also reproduces by seed. The stolons can develop roots when they touch the soil, allowing guar to survive even prolonged periods of drought. There are both diploid and tetraploid forms of guar with 2n=20 or 42 chromosomes, respectively. Female flowers are borne on short lateral branches while male flowers are clustered terminally on long erect spikes. The pods are small, usually less than 3 inches long, and contain two or three seeds each. When fresh, the seeds are dark green but dry to a light gray color. Seed viability is high; under proper conditions, guar seed can remain viable for up to 5 years.

The flowering season varies according to latitude, with flowers appearing during April and May in India but not until September in the United States. The pods ripen 6 to 10 weeks after flowering, depending on environmental conditions. Harvest is usually carried out by hand or by gathering with small sickles both when the plants are partly dry (bleeding stage) and while still green (milky stage).

The guar plant can also be propagated from nodal cuttings or from pieces of the stem. There are three stages for processing guar gum: first, separation of the endosperm from the seed coat; second, grinding the endosperm to a fine powder; and third, mixing it with other ingredients. The last two steps may be accomplished at the same time by a simple mechanical process.

Guar gum can be used as a stabilizer in food processing and as a thickener in both the food and pharmaceutical industries. It has been widely used as a texturizing agent, particularly to improve frozen dairy products such as ice cream, frozen desserts, milk shakes, and yogurt.

Guar global production is forecast to remain strong in 2019/20 as farmers in India, the world’s largest producer of the crop, respond to higher prices. Global guar production is forecast to reach a record 1.7 million tonnes in 2019/20, up 8% from the previous season. This will be driven by an expansion in area harvested and higher yields in India, where farmers are expected to benefit from favorable growing conditions and strong demand from the oil and gas industry. Prices for guar gum, a key ingredient in hydraulic fracturing (or ‘fracking’), have risen sharply in recent months as demand from the energy sector has increased. This has encouraged farmers in India to expand production, despite the fact that the country is already the world’s largest producer of guar. The United States is the world’s largest consumer of guar gum, with demand driven by the fracking industry. However, the production of guar in the US is relatively small, and the country is therefore heavily reliant on imports, particularly from India. Other major consumers of guar include China, Canada, and the European Union. Guar is also used in a variety of other industries, including food and cosmetics.