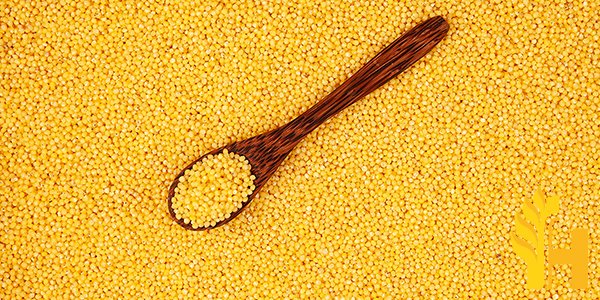 Where to buy and sell Ground Millet, lowest (cheapest) and highest price.

The Current commodity price of Ground Millet per kg, pound in the world in the global markets

Millet is a small, round grain that is often used in birdseed, but it also has a variety of other uses. It can be ground into flour and used to make bread, porridge, or pancakes. It can also be cooked whole and used as a side dish or in soups and stews. Millet is high in fiber and minerals, and it is a good source of protein. It is also gluten-free. Ground millet is a nutritious cereal grain that has been a staple food in many cultures around the world for centuries. It is highly digestible and rich in vitamins and minerals, making it an excellent choice for people of all ages. Ground millet can be used in a variety of recipes, or simply enjoyed on its own as a healthy snack. Ground millet is a good source of protein, fiber, B vitamins, and minerals such as magnesium, phosphorus, and manganese. It is also low in fat and calories. This makes it an excellent food for people who are trying to lose weight or maintain a healthy weight. Ground millet can be used in place of rice or other grains in most recipes. It can also be popped like popcorn and enjoyed as a healthy snack. Ground millet is a type of grain that is commonly used in Africa and Asia. It is a drought-tolerant crop that can be grown in dry, sandy soils. Ground millet is a good source of vitamins and minerals, and it is also high in fiber. Ground millet can be used to make porridge, bread, and other foods. It is also used as a livestock feed. Ground millet production requires little input and can be done on a small scale. The crop can be grown in rainfed or irrigation conditions. For best results, the seeds should be sown in well-prepared beds and given enough water during germination and early growth. Ground millet can be harvested by hand or with a combined harvester. There are several varieties of ground millet, and the most common ones are pearl millet, finger millet, and proso millet. Pearl millet is the most widely cultivated variety and is grown in many parts of Africa and Asia. Finger millet is mostly grown in East Africa, while proso millet is grown in Europe and Asia. Ground millet can be stored for long periods of time and does not require special storage conditions. It can be milled into flour and used to make porridge, bread, and other foods. Ground millet can also be used as a livestock feed. The main constraints to ground millet production are low yield, poor grain quality, and pests and diseases. To improve yields, farmers need to use improved varieties and practice good crop management practices. Improving grain quality can be done by using post-harvest technologies such as threshing, drying, and storage.

Today, millet is grown in many parts of the world, including Africa, Asia, and South America. According to the Food and Agriculture Organization (FAO), global production of millet was estimated at 28.4 million metric tons in 2014. The majority of millet production takes place in Asia, with China accounting for nearly 60% of the total. Other leading millet-producing countries in Asia include India, Niger, and Sudan. Africa is the second largest millet-producing continent, accounting for about 25% of global production. The leading millet-producing countries in Africa are Nigeria, Mali, and Burkina Faso. South America accounts for a small share of global millet production, with Brazil being the leading producer. Millet is a hardy crop that can be grown in a wide range of climatic conditions. It is tolerant to drought and other adverse weather conditions. Millet is mainly used as a food grain, but it also has several other uses. It is used as animal feed, and the straw can be used for making paper and other products. Millet is also used in the production of alcoholic beverages. The global millet market is expected to grow in the coming years, supported by the growing demand for millet-based products. The growth of the animal feed industry is also expected to boost the demand for millet.