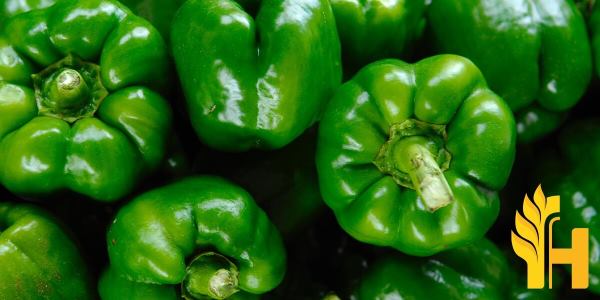 Green pepper is a vegetable that is undeniably one of the richest in nutrients. Unfortunately, its cultivation may be quite challenging for not experienced gardeners, especially the Capsicum annum variety. However, its high nutritious values, as well as original taste, make it worth the efforts of growing it.

Peppers like warm places, the most optimal conditions for cultivation is the temperature that does not drop below 18º C. In our climate conditions, cultivation usually begins with seedlings - bought or prepared in advance. Seeds should be sown in containers at home in mid-March. This is the best time as it takes about 20 weeks for the seedlings to grow. Emerging plants should be provided with a constant, high temperature, and specially prepared before planting into the ground.

Green peppers can be grown both under cover and directly in the ground. Just remember to choose a sunny, secluded place. It is good to provide some cover around – the cover may be created from other plants, as long as they do not shade the position where the pepper grows. Without the sun, the cultivation will not succeed.

Peppers require humus and fertile soil, preferably composted. When enriching the substrate, manure should be avoided. The growing season of peppers is long and largely determined by temperature. Gardeners have to take care not to plant peppers in places where other plants from the nightshade family are grown because they are quite demanding and may grow poorly without crop rotation.

It should be regularly watered and the soil should be loosened and weeded. If the bushes are quite bulky, it is highly recommended to use some kind of support that will prevent the breaking of the shoots.

The largest production of pepper takes place in Vietnam, Brazil, Indonesia, and India. Just in 2019, Vietnam was the top producer of bell pepper in the world. Pepper is cultivated all over the world. The largest producer in Europe is Bulgaria with 53000 tons produced each year.