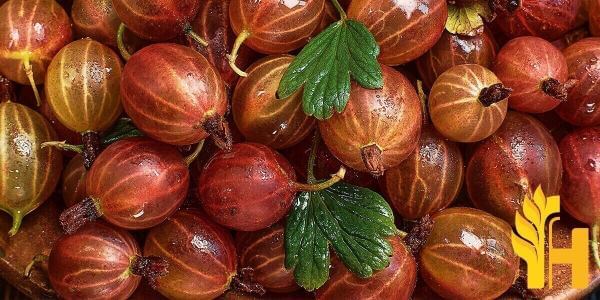 Where to buy and sell Gooseberry, lowest (cheapest) and highest price.

The Current commodity price of Gooseberry per kg, pound in the world in the global markets

Gooseberry is a shrub with thorny shoots and edible fruit. It belongs to the same family as currants. Gooseberry fruit is similar in size and shape to currants and is usually added to desserts, meat dishes as well as preserves. It was known by Ancient Romans, which was proven by many sources found in written chronicles. In the 18th-century gooseberry, cultivation became very popular. It also became a very popular ingredient, added to salads, meat dishes, jams, and juices. Nowadays it is mostly used for desserts as well as to decorate a different kinds of dishes.

Gooseberry is a plant that grows in fertile soils and likes places with moderate sunlight. It is worth knowing that the requirements and needs of gooseberries are depending on the cultivar. There are up to 1500 known cultivars. It can be found wild in Europe, Asia, and Southern-west Africa. It can also be found on the slopes of the mountains, from the east of France, and on the Indian peninsula. The height of the gooseberry shrub depends on the cultivar. The largest may reach up to 1.5 meters in height. Gooseberry fruit is usually green, yellow, or red. The skin of the fruit is often covered with a light fluff.

The fruit is very beneficial for our health. It helps to reduce constipation and improves digestive processes. Gooseberry is a rich source of fiber that improves intestinal peristalsis and reduces the feeling of hunger. Gooseberry helps to fight excessive cholesterol, which leads to the reduction of heart diseases. It has also the ability to cleanse the body of toxins and has a diuretic effect. Gooseberry is also a source of vitamin C which strengthens the immune system and protects against diseases.

Gooseberry is not only a great ingredient for cooking and baking but also for medical and cosmetic use. It helps to smooth the skin and provides optimal moisturization.

In 2017, global production of gooseberries was estimated at 617 thousand metric tons. The top gooseberry-producing countries are shown in the table below. China is by far the largest producer of gooseberries, accounting for over 60% of global production. Other leading producers include India, Russia, and the United States. Gooseberry production is relatively evenly distributed throughout the world, with the exception of Africa and Oceania, which produce very little fruit. While gooseberry production is dominated by a handful of countries, the fruit is consumed all over the world. In Europe, gooseberries are often made into pies or jams, while in India they are used in curries. In the United States, gooseberries are sometimes made into wine. Gooseberries are a tart, tangy fruit that can be used in a variety of dishes. Whether you're looking to make a pie or a curry, these berries can add a unique flavor to your dish.