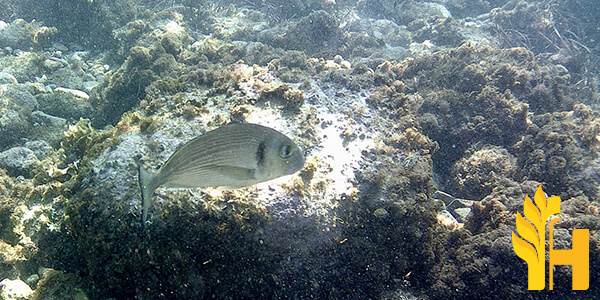 Where to buy and sell Gilt Head Bream, lowest (cheapest) and highest price.

The Current commodity price of Gilt Head Bream per kg, pound in the world in the global markets

The gilt-head sea bream, called orata in antiquity and still today in Italy (while in Spain is dorada and in France is dorade royale), is a fish of the bream family sparidae found in the mediterranean sea and the eastern coastal regions of the North Atlantic Ocean. It commonly reaches about 35 centimeters (1.15 ft) in length but may reach 70 cm (2.3 ft) and weigh up to about 7.36 kilograms (16.2 lb).

It feeds mainly on small fish, mollusks, and crustaceans, including moon snails. The gilt-head bream is a prized food fish with firm, white flesh. It can be baked, poached, or grilled in the manner of other sea breams. It is often caught using small bottom-dwelling (demersal) fish as bait.

Sparus aurata is a marine fish of the Sparidae family, known under many different common names in English including gilt-head bream, sea bream, striped seabream, meagre, orata, and orata branco. In Romania, it is also sometimes referred to as somnioara.

Sea breams are some of the most delicious fish that you can eat, and they're readily available in many supermarkets. They can be baked, broiled, sautéed, or grilled—the only real trick is to not overcook them or they'll become dry and tasteless.

The belly is relatively large, with the pyloric caeca extending about one-third of the way along the entire length. The small scales are ctenoid and adherent; two longitudinal series of scales also present. This species typically has eleven to fifteen dorsal-fin soft rays and ten anal-fin soft rays. It may live for 20 years or more.

Other than that, sea breams are pretty easy to cook and you can pair them with a variety of side dishes. Some classic accompaniments for baked or broiled sea breams include oven-roasted potatoes, green beans, zucchini, and yellow squash. Sea breams can also be cooked in a stew or served as part of a cioppino, the Italian-American fish stew.