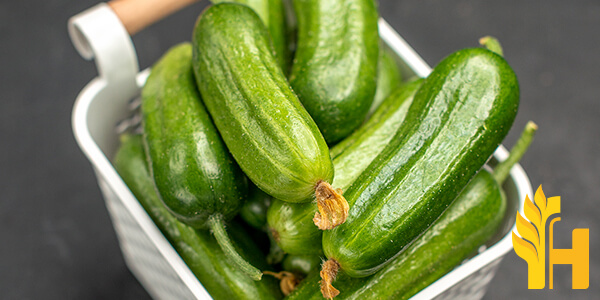 Where to buy and sell Gherkin, lowest (cheapest) and highest price.

The Current commodity price of Gherkin per kg, pound in the world in the global markets

A pickle is a cold spicy sauce with pieces of vegetables and fruit in it. A typical pickle recipe includes cucumbers, onions, sweet peppers, tomatoes, vinegar, and spices. Pickles are often used on hamburgers and hot dogs as toppings or side dishes. They can also be eaten with salads or any other dish. Pickles have been around for thousands of years. The first pickling recipes were made by the ancient Egyptians. Egyptians pickled many different vegetables and fruit such as cucumbers, radishes, beets, onions, and garlic in jars with vinegar or brine (saltwater). Today's pickles are often made from cucumbers that have been sliced and salted to make them taste good. These are kept for a long time in vinegar or salt water. Pickles are sometimes used to preserve vegetables and fruit for later use. They are also eaten by themselves as a snack or side dish. Different countries have different types of pickles that they eat in their meals. Pickles are vegetables or fruit, sometimes cut into pieces, which have been kept in vinegar or salt water for a long time so that they have a strong, sharp taste. The word pickle comes from the Dutch word pekel, meaning "brine", "saltwater". Like cooking and consuming food in general, making pickles are simple, but there are a few details to be aware of. Making pickles does not need much cooking equipment, only the correct vegetables and herbs being needed with vinegar or saltwater. The choice of vegetables or fruit must be made carefully, as some will break down completely while others may become soft or discolored. Some vegetables contain enzymes that will decompose the pickle, softening them too much which in turn destroys their texture and makes them unpalatable. When making pickles, it is also important to note the flavor of each vegetable or fruit. Some like cucumbers, green beans, and carrots can be mixed with another for a more balanced taste. Others should only be used by themselves as they tend to have rather strong flavors that would overwhelm other vegetables. Although pickles were originally a way of preserving vegetables that could not be kept for very long before going bad, today most people make pickles as a way of adding flavor to bland foods such as sandwiches which can be a little dry without a good dressing.