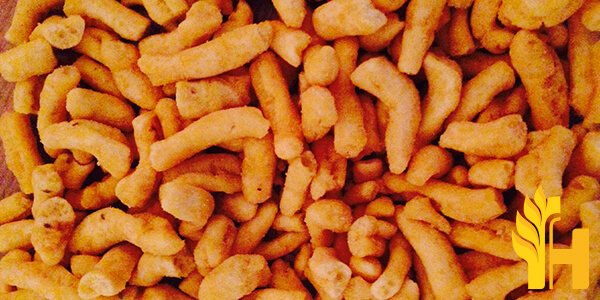 Where to buy and sell Ghatia, lowest (cheapest) and highest price.

Ganthiya is traditional Gujarati snack. They are crunchy, spicy, and tasty. Ganthia is very popular in Gujarat during the monsoon season. It is the best tea-time snack made with chickpea flour (gram flour) also known as Bengal gram flour. It requires very less oil to make them, which makes it a healthy snack.

Ganthia has many varieties but they all have one thing in common: they are all crispy snacks made with chickpea flour. Ganthia is a Gujarati and Rajasthani snack and people from those states know how to make it. In the Gujarati language, Ganthia is also called "Gatha".

In Gujarat, Ganthia is a very popular tea-time snack. In Rajasthan, it is known as Gathiya. There are a few ingredients needed to make this yummy snack. Chickpea flour or besan is used to make the dough and certain spices are added to the dough. Once the dough is ready, small and round-shaped balls are prepared from which small pieces are taken and deep-fried in oil. Ganthia's taste is slightly different at every place according to the spices used and their proportion.

To make the dough, gram flour or besan flour is mixed with water and salt. The dough should be of dropping consistency so that it can be easily dropped in the hot oil to fry. Then chili powder, turmeric powder, coriander powder, or cumin powder is added to the dough. Then little by little, the dough is dropped in hot oil and fried till they are crunchy. Ganthia is usually served with tea in the afternoon. They can also be served with green chili chutney.

Ganthia is a great tea-time snack for people who want to have something crunchy and spicy. They are crispy, spicy, and tasty! Ganthia is also healthy because it cooks in very little oil. The ingredients needed to make this yummy snack are readily available at one's home. This traditional Gujarati snack is easy to make and can be made in ten minutes! Ganthia will taste good when it is hot with green chutney.

According to one version, when Marathas came to Gujarat, they saw that Gujarati people were eating this snack and called it "ganthiya" (which means to bite or eat in Marathi), because you can't stop eating them. Another version is that it was started to be sold by street vendors who used to yell 'Ganthia, gathiya', hence the name.