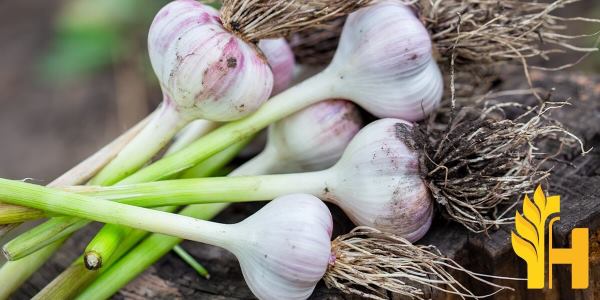 Where to buy and sell Garlic, lowest (cheapest) and highest price.

The Current commodity price of Garlic per kg, pound in the world in the global markets

Garlic in Bosnia and Herzegovina

Garlic - its taste is hard to confuse with any other vegetable. When added to dishes, it gives them a unique aroma. Some people cannot imagine their cooking without it, others hate the smell of even unpeeled cloves. For years, it has been used in traditional natural medicine, and in folk legends, it was attributed with many magical powers. We can also see the extraordinary properties of garlic today, after all, it is one of the healthiest plants with plenty of health benefits.

It is native to Asia (Syberia and China) and it is known to humankind for at least five thousand years. It was mentioned for the first time by the Chinese doctor Tao Hong-Jing in the 5th century BC. It was also known in Ancient Egypt. It was used to prepare medicates and healing elixirs. Garlic cloves were also an important part of the diet of the builders of the pyramids. It was recommended by Hippocrates thanks to its beneficial effects on the respiratory tracks and digestive system. It was used by Roman soldiers to add vigor and boost stamina before a battle.

Garlic is a herbaceous perennial of the Amaryllis family that produces a characteristic slightly flattened bulb (commonly called a tuber). The underground shoot with a storage function consists of buds, i.e. cloves covered with peel. They are the most valuable product.

It is often eaten raw, added to salads, sandwiches, aromatic butter or as a seasoning factor for soups, meat, sauces or preservers. Macerates and extracts are prepared from it. It is used in a powdered form.

Garlic is one of nature's most precious gifts. It contains vitamins (A, C, PP, B1, B2, B6), minerals (calcium, potassium, magnesium, phosphorus, nickel, zinc, iron, manganese, selenium), as well as fiber, amino acids, saponins, flavonoids and mucous.

However, the most important part of its composition is allicin, responsible for the characteristic smell and garlic’s antibiotic properties. This organosulfur compound has antimicrobial and even anti-cancer properties. It is quite significantly stronger than the popular penicillin. Hence, garlic is recommended for all types of infections, in particular infections of the respiratory system. It is also a natural remedy that we reach for in our homes at the first symptoms of a cold or flu. It helps to reduce the number of secretions, clear the nose, and fight sinusitis.

In addition, garlic helps to maintain an appropriate microflora in the intestines and even rebuilds it after antibiotic therapy. It prevents flatulence and supports digestion. It has antioxidant and detoxifying properties, cleansing the blood of unnecessary waste components of metabolism. It has a positive effect on the circulatory system - it lowers cholesterol, reduces clotting.

Common garlic is a perennial species belonging to the amaryllis family. It has accompanied mankind for thousands of years, it was known to the ancient Sumerians. In ancient Egypt, it was considered a source of strength. According to one legend, at a time when the Nile destroyed large garlic crops during one of its floods, the population stirred up a revolt. The first methods of medicinal use of garlic are described in a papyrus discovered by the German Egyptologist Georg Ebers, it comes from around 1550 BCE. The scroll, more than 20 meters long, contains information about surgery, the use of plants and minerals for medical purposes. Many of the medical formulas contained there are devoted to garlic.

This vegetable was appreciated by the ancient Hindus. Garlic was sung in songs as a means of ensuring longevity. In ancient Greece, it was used by athletes to give them strength during the Olympics. Considered the founder of modern medicine, Hippocrates rightly noticed that garlic helps in the treatment of diseases of the digestive and respiratory systems. In Roman times, this vegetable enjoyed similar respect. It was highly appreciated by the imperial court doctors, thanks to them it was eaten by, among others, Nero and Vespasian. Garlic is also mentioned in the Bible and the Talmud.

The closer to modern times, the more scientific reports on the therapeutic role of garlic can be found. In 1858, Louis Pasteur described its antibacterial properties, Albert Schweitzer used it in Africa as a treatment for dysentery. Garlic was used on the fronts of both world wars, it was appreciated especially when it was difficult to obtain antibiotics. Hence the name - "Russian Penicillin". It was the USSR that exemplified the use of the medicinal properties of garlic - in 1965, during the flu epidemic, the Kremlin ordered 500 tons of this vegetable to be imported.

Nutritional and healing properties of garlic:
1. It contains allicin, an active substance with antibiotic properties.
2. It helps to maintain the intestinal microbiological balance.
3. Cleans the blood of metabolic products.
4. Helps to prevent cancer. Research suggests it blocks cell changes that lead to cancer and even destroys cancer cells.
5. It dilates blood vessels, lowers blood pressure. It slows down the aging process, has a positive effect on the functioning of the brain in the elderly, protecting neurons.
6. Thanks to its properties, it accelerates the healing of colds and flu.

A small group of people may be allergic to garlic or face some allergic reactions such as migraines or various kinds of skin rash. Garlic can also interact with certain medications and, as a result, may lead to undesirable effects. It should be avoided by people taking anticoagulants because it can increase their effectiveness. It also may cause stomachaches, especially for those suffering from stomach ailments. An overdose of garlic in extreme cases may lead to liver damages.

Garlic has many culinary uses. It is an important seasoning for various meat dishes, mayonnaise, sauces as well as potato dishes. It is the main ingredient of Mediterranean cuisine as well as Indian cuisine. It is also often used in Chinese and Southeast Asian cuisine.

The top-leading producer of garlic is China, where up to 75% of the world’s amount of garlic is produced. The second-largest production takes place in India (4% of the total world’s production), South Korea (3%), and the USA (2%). Gilroy in California is often called the World’s capital city of garlic because a famous garlic festival takes place there.

According to the latest figures from the United Nations Food and Agriculture Organization (FAO), global production of garlic in 2017 was 26.7 million tonnes, up from 25.3 million tonnes in 2016. China is by far the largest producer of garlic, accounting for around 80% of total global production. Other major producers include India, Pakistan, Egypt, and South Korea. Garlic is one of the most popular spices in the world and is used in cuisines from almost every country. It has a strong, pungent flavor and is often used as a flavoring agent or as a seasoning for other foods. Garlic can be eaten raw, cooked, or pickled. It is also available in a variety of forms, including powder, flakes, paste, and oil. Garlic is a rich source of vitamins and minerals, including vitamin C, vitamin B6, manganese, selenium, and calcium. It also contains compounds that have been shown to have health benefits, such as allicin. Allicin is a compound that is thought to have antibacterial, antiviral, and antifungal properties. Garlic is generally safe to consume, but some people may experience side effects, such as heartburn, gas, or stomach upset. When consumed in large amounts, garlic can also cause bad breath. If you experience any negative side effects after consuming garlic, it is best to consult with a healthcare professional.