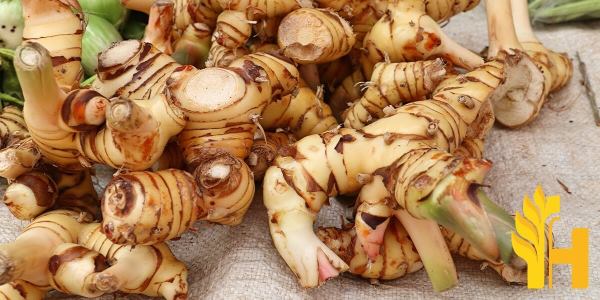 Where to buy and sell Galangal, lowest (cheapest) and highest price.

Galangal, also known under the botanical name Alpina officinarum, is an underground part of a tropical shrub. It belongs to the Zingiberaceae family. The plant commonly occurs in two species the Greater Galangal and Lesser Galangal. Both vary in size, shape, and taste but both have many culinary uses and are used in various dishes. It is a well-known healing herb used in Asia for thousands of years and used as seasoning until today in Southeast Asian cuisine. It is usually used in fresh, dried, or powdered form. Galangal adds flavor similar to ginger but is slightly stronger in taste. It adds a sweet, pungent, and warm aftertaste to many dishes.

The plant is native to Asia, and can be found growing wild in the area of the Eastern Himalayas. It is known since ancient times. It was first introduced in Europe in the 9th century thanks to trade routes in Southeast Asia. Nowadays it is commonly cultivated throughout Asia. The biggest production takes place in India, China, Thailand, Vietnam, Malaysia, and Indonesia. It is often sold raw or in its powdered form as a spice.

It is often associated with Asian cuisines, but galangal was extremely popular in medieval Europe. It was known as galingale back there. The rhizomes were believed to reduce bad breath, help with fevers and help with heart diseases. It was often added to wine in order to increase body temperature. Nowadays it is not as popular as it used to be and is commonly replaced by more popular ginger.

The rhizomes of galangal are highly differentiated in their size and shape. They are commonly cylindrical and branched, characterized by many knobs and shoots. The skin of the rhizome is usually semi-smooth, hard, and firm. It is usually light brown and covered with brown rings. The skin covers pale yellowish flesh. The flesh is quite dense, aqueous with lots of fibers, it is characterized by the floral spicy aroma.

Galangal is a rich source of fiber and shows antibacterial and tonic properties. It is often used as an ingredient in homemade and homeopathic remedies. It is also rich in essential oils, vitamin C, and flavonoids.

It is often used as a seasoning for various variants of Southeast Asian cuisine. It adds a pungent and earthy flavor. It has many culinary uses. It can be cooked, fried, steamed, or used raw. It is also often used in salads, desserts, soups. It is also an ingredient of stews and noodles and rice dishes. It composes great with seafood dishes. Galangal is also used to prepare various herbal teas and tinctures. In its raw form, it can be stored in cold places for up to two weeks, while its powdered form can last up to two years. It is a great addition to meat.