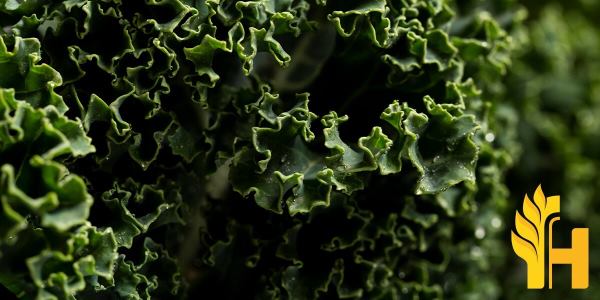 Where to buy and sell Gailan, lowest (cheapest) and highest price.

Gai lan is a plant that is closely related to European and Asian cabbage. It belongs to the same family and is also very similar to an Asian vegetable known as Choy Sum which differs in terms of leaves, colors, and flowers. It is commonly called Chinese broccoli. It is usually dark, bluish-green, and very firm. It is also known under several different common names such as Kai Lan, Kai Laarn, Chinese kale, or white flowering broccoli

The vegetable is believed to be native to China and was cultivated there even in ancient times. Due to its popularity, the plant was quickly introduced to neighboring countries. Thanks to intensive cultivation, many new varieties were created. Nowadays gai lan is cultivated mainly in Asia and Southeast Asia as it is a common table vegetable. It can be also found in Asian markets all over the world.

Gai lan consists of green flowering buds, very similar to broccoli. The clusters of flowering buds are usually called florets. They grow on a thick leafy stalk. In terms of taste, gai lan is quite similar to regular broccoli but its taste is milder. It is also cooked differently than normal broccoli, as the stalk is usually cooked first and leaves are just cooked until they are wilted. The texture of gai lan is almost the same as the regular broccoli that is why this vegetable is a perfect addition to salads, makes a perfect steamed side dish, is a great ingredient of stir-fry or various meat dishes. It can also be eaten raw.

It is an important ingredient used for many traditional Chinese meals. It also is used in traditional Chinese medicine and is believed to help treat anemia, sore throat as well as reduce phlegm. It also supports the proper work of many small intestines and regulates the heartbeat. Its bitter taste is often believed to help with the detoxification of the body and boost digestion.

Gai lan is a rich source of various kinds of vitamins, especially vitamins A and C, K. and B9 as well as many important elements such as calcium and folate. It is a great source of antioxidants, beta-carotene, and lutein.

The gailan plant is native to tropical and subtropical Asia and is widely cultivated in China, Japan, Korea, India, and Thailand. It is also grown in the United States (Hawaii), Canada, Brazil, and Colombia. The plant is an annual herb that grows to a height of 30-100 cm (12-39 in). The leaves are oblong-lanceolate, 7-15 cm (2.8-5.9 in) long and 2-6 cm (0.8-2.4 in) wide, with a toothed margin. The flowers are white or pale green and borne in axillary panicles. The fruit is a small, dark green berry 5-10 mm (0.2-0.4 in) in diameter. The gailan plant is grown for its edible leaves and stems, which are used as a vegetable in Asian cuisine. The leaves and stems are typically stir-fried with ginger, garlic, and other spices. The fruit is also edible and can be used in jams and jellies. Gailan plant global production is growing rapidly. With an increasing number of countries coming on board, production is expected to reach 10 million tonnes by 2020. This would make gailan the world's second most produced oilseed after soybean. China is the leading producer of gailan, with a production share of around 50%. Other major producers include India, the United States, Brazil, and Argentina. Gailan is a versatile plant with a wide range of applications. It is used as a food crop, as an animal feed, and in industrial products such as biodiesel and cosmetics. The growing demand for gailan is driven by its healthy oil content and its use in biodiesel production. Gailan oil is rich in oleic acid, a monounsaturated fatty acid that is known to be beneficial for heart health. The plant's high protein content makes it an ideal animal feed. Gailan biodiesel has a number of advantages over traditional fossil fuels. It is renewable, efficient, and produces fewer emissions. The industrial applications of gailan are also growing. The plant's oil is used in cosmetics and as a lubricant in machinery. With its many uses and growing demand, gailan production is expected to continue to grow in the coming years. This will provide opportunities for farmers and producers in many countries around the world.