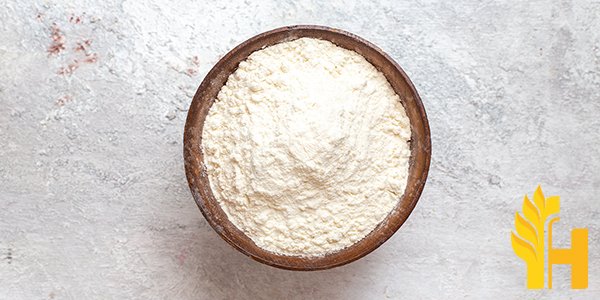 Where to buy and sell Flour, lowest (cheapest) and highest price.

The Current commodity price of Flour per kg, pound in the world in the global markets

Flour is a powder made by grinding raw grains or roots and used to make many different foods. Cereal flour is the main ingredient of bread, which is a staple food for most cultures. Wheat flour is one of the most common types of flour available and is made from ground wheat. Other common types include rye, barley, and oat flours. Buckwheat, sorghum, and rice flours are also available and are often used in gluten-free baking. Flour is also used as a thickening agent in sauces, gravies, and soups. When choosing flour for baking, it is important to consider the recipe and the desired outcome. For example, bread flour has a higher protein content than all-purpose flour and will produce a more chewy bread. Cake flour has a lower protein content and will produce a lighter, more delicate cake. Whole wheat flour contains the entire wheat grain and is higher in fiber than white flour. It can be used in many recipes but may produce a denser product. Flour is a staple ingredient in many recipes and can be used in a variety of ways. It can be used to make bread, cakes, cookies, pastries, and more. It can also be used as a thickener for sauces, gravies, and soups. When choosing flour for baking, it is important to consider the recipe and the desired outcome. Different types of flour will produce different results. Experiment with different flours to find the one that best suits your needs. The process of making flour is fairly simple. First, the grain is ground into a coarse powder. This can be done by hand with a mortar and pestle or by using a grain mill. Next, the coarse powder is sifted to remove any large pieces. Finally, the flour is ready to be used in recipes. Flour is an essential ingredient in many baked goods and has a long history of use in cooking and baking. In the past, flour was often made at home by grinding wheat berries on a stone mill. Today, most flour is produced commercially and is available in a variety of different grades. Bread flour is the most common type of flour used in baking. It is made from hard wheat and has a higher protein content than all-purpose flour. This makes it better suited for baking bread, as the extra protein helps to produce a higher quality loaf. All-purpose flour is a type of flour that can be used for many different purposes. It is made from a blend of different wheat types and has a lower protein content than bread flour. All-purpose flour is typically used for cakes, cookies, and other pastries. Self-rising flour is a type of all-purpose flour that contains baking powder. It is often used in recipes that do not require yeast, such as biscuits and pancakes.

The top flour-producing countries in the world are China, India, and the United States. Together, these three countries account for over half of the world's flour production. China is by far the largest producer, with over 150 million tonnes of flour produced each year. India is a distant second, with just over 50 million tonnes produced. The United States is third, with just over 30 million tonnes produced. There are many other countries that produce flour, but these three are the clear leaders. Together, they produce more than 80% of the world's flour. Other major flour-producing countries include Brazil, Russia, and Canada. Flour is a key ingredient in many foods, such as bread, pasta, and cakes. It is made by grinding grain into a fine powder. Wheat is the most common type of grain used to make flour, but other grains, such as rye, barley, and maize, can also be used. The global production of flour has been steadily rising in recent years, due to increases in population and economic growth. The rise in global flour production is expected to continue in the coming years.