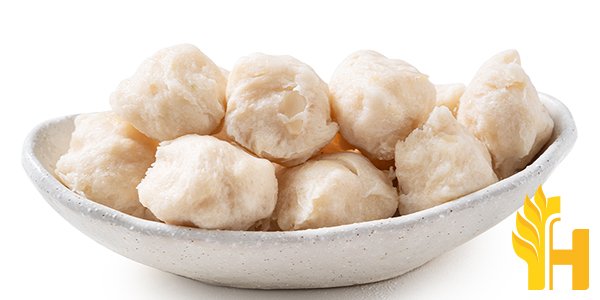 Where to buy and sell Fishballs, lowest (cheapest) and highest price.

The Current commodity price of Fishballs per kg, pound in the world in the global markets

Fish balls are rounded meatballs made from fish paste which are then boiled or deep-fried. Similar in composition to fish cake, fish balls are often made from fish mince or surimi, salt, and a culinary binder such as tapioca flour, corn, or potato starch. The difference between fish cakes and fish balls is mainly in the texture of the processed fish paste. Fish cakes are more coarse, with visible chunks of fish meat, while fish balls are smoother and more uniform in texture.

Fish balls are commonly used in Chinese-style seafood dishes such as fishball noodles, fish ball soup, or even plain steamed fish balls. Due to the use of high protein ingredients, they are often found in Cantonese cuisine. Meatball is an American dish that has its origins in Italian cuisine. It consists of seasoned meat or vegetable balls, which may also be called "fish cake" in Oriental cuisine.

The process used to create Chinese-style fish balls is similar to that of preparing hot dogs, albeit with different ingredients. The main ingredient is ground whitefish flesh mixed with dry ingredients such as water, bread crumbs, and salt to make a dough. The dough is then rolled into balls, which are boiled until they float upward.

Fish cakes and fish balls are often made from a combination of two kinds of fish, one being whitefish and the other oily fish such as salmon or tuna. The goal is to use a mixture of both types so that the resulting texture will be a combination of chewy and soft textures rather than tough and rubbery. Thickening agents such as egg whites or agar may be added as well to give the meat balls a smooth and firm texture.

The most common way to enjoy fish balls is by boiling them in either soup or hot pot broth, although they can also be deep-fried until crispy on the outside. Other possible dishes include noodles stir-fried with vegetables, braised fishballs, fishballs in curry sauce, fishballs stuffed into dumplings or even pan-fried fishballs.

Fish balls are also used as an ingredient in other dishes such as crab rangoon that are then deep-fried or baked until crispy. Among Cantonese cuisine, fish ball noodle soup is a menu staple.

In 2017, the global production of fish balls was estimated to be around 2.3 million tonnes. The majority of fish balls are produced in Asia, with China being the largest producer, accounting for approximately 60 percent of the world's total production. Other major producers include Thailand, Vietnam, and Indonesia. Fish balls are a popular food in many parts of the world and are often served as a snack or main dish. They can be made from a variety of fish, including tuna, salmon, and tilapia. The balls are typically fried or boiled and are often served with a dipping sauce. Fish balls are a nutritious food that is high in protein and low in fat. They are a good source of omega-3 fatty acids, which are beneficial for heart health. Fish balls are also a good source of vitamins and minerals, including vitamin B12, iron, and calcium. If you are looking for a healthy and delicious snack or meal, try making your own fish balls at home. You can find recipes online or in cookbooks. Homemade fish balls are a fun and easy way to get your family to eat more seafood!