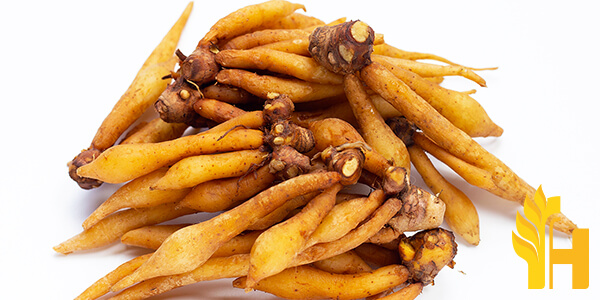 Where to buy and sell Fingerroot, lowest (cheapest) and highest price.

The Current commodity price of Fingerroot per kg, pound in the world in the global markets

Boesenbergia rotunda (Family: Zingiberaceae) as known as fingerroot is a daily food ingredient and traditional medicinal plant in Southeast Asia and Indo-China. It has been shown to possess anti-allergic, antibacterial, anticancer, anti-inflammatory, antioxidant, and antiulcer activities and also shown wound healing. Its common phytochemical components include alkaloids, essential oils, flavonoids, and phenolics. This plant is rich in boesenbergin, krachaizin, panduratin, and pinostrobin, all of which have been reported to contribute to its remedial properties including aphrodisiac property.

The root of the plant has been used for hundreds of years in traditional Chinese medicine to treat a range of conditions including fatigue, irregular menstruation and forgetfulness.

Root extracts from this plant have been found to effectively stimulate the immune system as well as promote wound healing. The root can also be used as an aphrodisiac and has been shown to relieve symptoms of benign prostatic hyperplasia (BPH). Root extracts contain a compound called rotundin, which is said to help improve liver detoxification.

The major components of the phytochemicals in B. rotunda include alkaloids, essential oils, flavonoids, and phenolics. Boesenbergine is the most abundant indole alkaloid isolated from this plant's rhizomes which has recently been reported to have several pharmacological activities including anti-tumor, anti-inflammatory, analgesic, antidepressant, and antibacterial effects in vitro.

The extract of B. rotunda was found to be an antioxidant in various assays both in vivo and in vitro which is due to the presence of quercetin glycoside-3-O-galactoside, kaempferol, and astragalin.

Boesenbergia rotunda is native to the South Asian region, however, it has been successfully cultivated in other tropical areas worldwide including West Africa and Central America. It grows well in wet soil but can be easily grown indoors as a pot plant or herb garden. In China, B. rotunda is also cultivated for its edible rhizomes. This plant can be propagated by seed and cuttings and is a popular choice among gardeners due to the unique appearance of its flowers. The species is relatively drought-tolerant and favours full sun or partial shade. Boesenbergia rotunda is also often used as an indoor ornamental plant.

Boesenbergia rotunda is a herbaceous perennial that can reach a height of up to three feet. It has lush green leaves with a dark, reddish stem and small white flowers. The flowers bloom in late summer and early fall while the plant's berries appear in the fall and winter months. When grown indoors, B. rotunda reaches a maximum height of 1 foot. It is relatively disease-free and tolerates most soil types.

Fingerroot is a popular tropical Root vegetable, typically used in Southeast Asian cuisine. It has a slightly sweet, pungent flavor and a fibrous texture. The fingerroot plant is native to India and Sri Lanka, but it is now grown in many other tropical countries as well. Fingerroot production has increased steadily over the past few years, due to growing demand from both domestic and international markets. In 2016, global production of fingerroot was estimated at about 1.3 million metric tons. The majority of this production takes place in Southeast Asia, with Thailand being the largest producer, followed by Vietnam and Indonesia. The increasing popularity of fingerroot is driven by its nutritional value and culinary versatility. It is a good source of vitamins and minerals, including potassium, calcium, and magnesium. Additionally, fingerroot contains compounds that have been shown to have antibacterial, anti-inflammatory, and antioxidant properties. As the popularity of fingerroot continues to grow, so does the demand for this versatile Root vegetable. With proper cultivation and marketing, fingerroot has the potential to become a key player in the global food market.