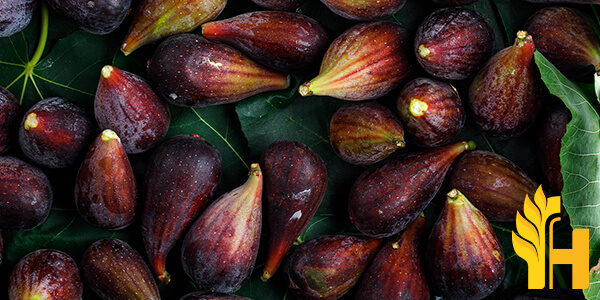 Where to buy and sell Fig, lowest (cheapest) and highest price.

The Current commodity price of Fig per kg, pound in the world in the global markets

Figs in Bosnia and Herzegovina

Figs are fruit that grows in the plant called fig trees. These robust plants can reach up to 10 meters in height. The trees create quite powerful and developed root systems and small flowers which result in fruit commonly called the fig. They belong to the Ficus carica species and are cultivated in commercial plantations where trees are regulated, kept small, and with no more than 4 branches. The leaves of this plant are green, covered with strong hair in the reverse. The trees are characterized by their twisted and heavy trunks. The flowers created by the tree quickly become fully fleshy when it matures that's why the figs are included in the category of fake fruit.

Fig trees can easily adapt to many different varieties of soil, but the most optimal is deep and fertile ones. It grows best in tempered and tropical areas and is not cold resistant. The fruit does not ripe properly in temperatures lower than 40 Celcius degrees during the period of maturation. The fruit is usually called a false fruit. In fact, it is a receptacle that contains a huge amount of fruits that are usually referred to as pips. They are consumed fresh, dried, or puree in various forms. Figs are very fragile and easy to damage and storing them is extremely difficult. That’s why the demand for dry and tinned figs constantly increases. The fresh fruit can be stored for up to 3 days in the fridge.

They are usually consumed fresh, but also quite commonly used to prepare various kinds of desserts, dishes, preserves, and beverages. The fruit is also very important for by-products, of which the dried figs are the highest value. Dry figs have their humidity reduced from 80% to 15% what results in a concentration of nutritious compounds. They contain some sugar but are considered a healthy snack when consumed raw but dry fruits are rich in both sugar and calories. They contain various types of minerals and vitamins. They are an excellent source of vitamin B6 and copper.

The world’s leading producer of fig is Turkey, where up to 305450 metric tonnes is produced yearly. Turkey is followed by Algeria, Egypt, and Iran. All of these countries produced up to 100 000 metric tons of figs each year.

According to data from the Food and Agriculture Organization of the United Nations (FAO), global fig production has increased steadily in recent years, reaching a record high of 2.7 million metric tons in 2016. The majority of this increase is due to higher production in Turkey, which is now the world's leading fig producer, accounting for nearly 40% of the global total. Other major fig-producing countries include Egypt, Morocco, Algeria, and Syria. Figs are a popular fruit around the world and are often used in desserts and baking recipes. They are also a good source of nutrients, including fiber, potassium, and calcium. Despite the recent increases in global production, figs are still a relatively rare fruit and can be difficult to find in some parts of the world. In the United States, for example, figs are only grown in a handful of states, primarily in California. If you are looking for fresh figs, your best bet is to visit a farmers market or specialty grocery store. Dried figs are more widely available and can be found in most supermarkets.