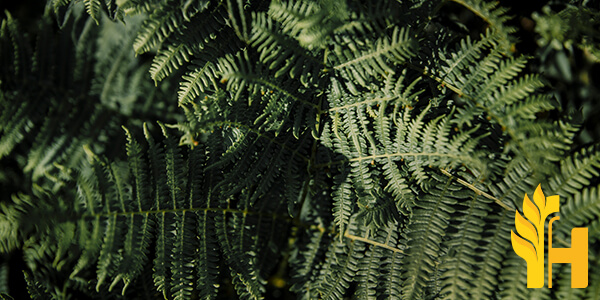 Where to buy and sell Fern, lowest (cheapest) and highest price.

The Current commodity price of Fern per kg, pound in the world in the global markets

Ferns are a type of plant that does not produce any flowers. They reproduce mostly by creating spores. They share some similarities with flowering plants as they create stems, leaves, and roots but do not have flowers that may, later on, turn into fruit and seeds. The reproduction takes place in spores that are distinguished by their genders or reproduce vegetatively just like the walking fern.

There are up to 10500 known fern species but they may reach up to 15000 varieties because some groups are not yet explored, especially those which are still being found in unexplored parts of tropical areas. The ferns are highly diverse in terms of their reproductive methods, form, and habitat. Some species reach only up to 1 cm tall, the others create giant fern trees that reach up to 25 meters in height. Some species are vinelike or twining, while others tend to float on surfaces of ponds. Major fern species occur in warm and damp regions. Especially in tropical areas of the earth, but few of them may be also found in dry and cold places.

The most commonly found genus over much of the world is Pteridium, which naturally occurs in cleared forest and old fields, where it is often succeeded by woody vegetation. Ferns usually play an important role in ecological succession, as they grow from crevices of bare rocks exposures as well as in open marches and bogs that support the forest vegetation.

Ferns do not have any important impact on the market, as they are not of great economic value. Some of them have been used as a source of minor food and used to produce medicines. Some edible varieties are popular in certain areas such as the ostrich fern which is served in North America. The most economic income is generated by the species used in horticulture, especially with large nurseries that supply millions of plants annually for both indoor and outdoor decoration, gardening, and landscaping. Some types of ferns are considered noxious weeds in many countries and are successfully eliminated. Due to a quite simple life cycle of ferns, they are used in various biological research, they are even model organisms for genetics teaching and research.

Ferns are a type of plant that typically have leaves that are divided into small, leaf-like segments. They are found in a wide range of habitats, including both wet and dry environments. Ferns can be found on all continents except Antarctica. The largest diversity of fern species is found in tropical rainforests, but they are also common in temperate forests, grasslands, and even deserts. Ferns play an important role in the environment by helping to stabilize soils and prevent erosion. They are also a food source for a variety of animals, including insects, reptiles, and mammals. The global production of ferns is estimated to be worth billions of dollars each year. The majority of ferns are used for ornamental purposes, but they are also used in the production of food, medicine, and a variety of other products. With so many different uses for ferns, it is no surprise that they are found in nearly every corner of the world.