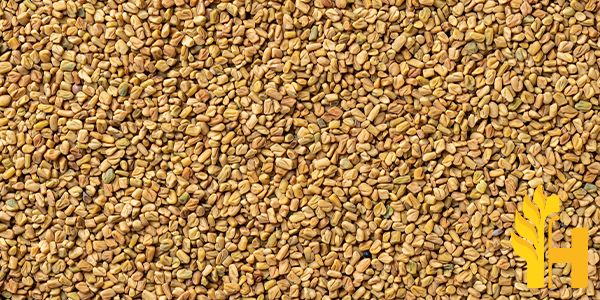 Where to buy and sell Fenugreek, lowest (cheapest) and highest price.

The Current commodity price of Fenugreek per kg, pound in the world in the global markets

Fenugreek, a popular herb, and condiment in Indian and middle eastern cuisine, has been used in traditional medicine for centuries to treat heartburn and mouth sores. It was also believed that fenugreek could be used as an aphrodisiac, but research does not support this claim. Research on the effectiveness of fenugreek for specific ailments has been explored.

Fenugreek has been used in traditional Indian and Middle Eastern medicinal practices for centuries to treat heartburn and mouth sores. In Ayurveda medicine, the herb is known as "methi." Ancient Egyptians used it as a perfume during their embalming process.

Fenugreek is believed to have aphrodisiac properties because it contains steroidal saponins known as phytoecdysteroids. One research study concluded that taking fenugreek capsules daily for 28 days did not affect sexual desire in healthy men.

Aphrodisiac" is defined as anything that arouses sexual desire or increases libido. Many plants and herbs are described as aphrodisiacs, but there is little evidence to support this claim for most of them. Although fenugreek is commonly considered an aphrodisiac, research does not show it has any effect on libido or sexual function.

Fenugreek is used to treat diarrhea, diabetes mellitus, and respiratory infections. A study found that fenugreek may aid in treating certain types of epileptic seizures by reducing the amount of time it takes for the medication to control them.

Another study reported that when people addicted to nicotine were given fenugreek, they experienced a 30% reduction in craving cigarettes and smoked fewer per day.

Fenugreek is also used to treat painful menstrual cramps by reducing the number of prostaglandins that cause pain during menstruation It also stimulates uterine contractions. Fenugreek contains diosgenin which has been used to make synthetic nonsteroidal estrogen.

Fenugreek has also been studied for its potential effects on cancer due to its diosgenin content. However, more research is needed before any conclusions can be made.

One such study looks at the effects of fenugreek supplementation on variables associated with metabolic syndrome (MetS). MetS is a cluster of conditions that occur together and increase the risk for heart disease, stroke, and diabetes. The components of MetS include abdominal obesity, high triglycerides, low HDL cholesterol ("good" cholesterol), high blood pressure, and high fasting blood sugar.

Fenugreek is native to the Mediterranean region, where it has been cultivated for thousands of years. Today, fenugreek is grown in many parts of the world, including India, Pakistan, Egypt, and Morocco. Global production of fenugreek has increased significantly in recent years, reaching a record high of 1.2 million metric tons in 2013. The majority of fenugreek is produced in India, where it is an important culinary spice and traditional medicine. Fenugreek is also widely used as a livestock feed supplement and as a green manure crop. Fenugreek has many uses both culinary and medicinal. The seeds can be used whole or ground into a powder. Fenugreek powder is a key ingredient in many Indian dishes, such as curries and dal. It has a slightly bitter taste and can be used as a flavoring agent or thickener. The leaves of the fenugreek plant are also edible and often used in Indian cooking. Fenugreek is rich in nutrients and has a long history of use in traditional medicine. The seeds are a good source of protein, fiber, and minerals such as iron and magnesium. They contain high levels of the phytochemical 4-hydroxy isoleucine, which has been shown to lower blood sugar levels. Fenugreek is also used as a digestive aid and to treat stomach upset, ulcers, and constipation. The seeds can be made into tea or taken in capsule form.