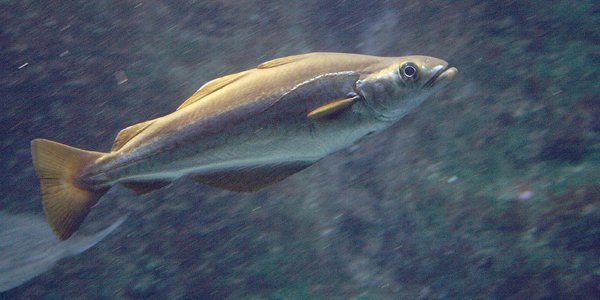 Where to buy and sell European Pollock, lowest (cheapest) and highest price.

The Current commodity price of European Pollock per kg, pound in the world in the global markets

The European pollock (Pollachius virens) is a greenish-brown fish found in the North Atlantic. It is related to the cod and haddock, and is sometimes called "saithe" or "coalfish". Pollock are found at depths of up to 600 m (2,000 ft). They can grow to a length of up to 1.5 m (4.9 ft) and weigh up to 16 kg (35 lb). The pollock is an important food fish, caught both commercially and by recreational fishermen. It is marketed fresh, frozen, or canned. The european pollock is a relatively long-lived fish, with a lifespan of up to 20 years. It is a fast-growing fish, and can reach a length of up to 1.5m. The pollock is an important commercial fish, and is often caught in trawls and other fishing gear. It is also farmed in some areas. The pollock is a predatory fish, and feeds on other fish, crustaceans, and squid. It is an important food fish for humans, and is often used in Fish and chips. The pollock is also popular as a sport fish, and is caught in large numbers by recreational anglers. The flesh of the pollock is white and mild-flavored. European pollock fish is a good source of protein and omega-3 fatty acids. It is also low in mercury. This makes it a good choice for people who are looking for healthy seafood options. The flesh of the european pollock fish is white and flaky. It can be cooked in many different ways, such as baked, grilled, or pan-fried. The European pollock is found in the North Atlantic Ocean, from Iceland and Norway to Morocco and the Canary Islands. It is also found in the Baltic Sea, the North Sea, and the Mediterranean Sea. Pollock are not a schooling fish, but they do form large aggregations in certain areas. They feed on smaller fish, squid, and crustaceans. The European pollock fish production industry is a vital sector of the continent's economy, providing employment for thousands of people and contributing significantly to the GDP. In recent years, however, the industry has been hit hard by a number of factors, including overfishing, climate change and competition from cheaper imported fish. As a result, pollock fish stocks in the Baltic Sea have declined sharply, and the industry is now facing an uncertain future. In order to ensure the long-term sustainability of the pollock fish industry, it is essential that measures are taken to improve fishing practices, protect fish stocks and promote innovation. In addition, it is important to raise awareness of the importance of the industry among European consumers and policymakers. The future of the pollock fish industry in Europe is uncertain, but with the right measures in place, it has the potential to make a significant contribution to the continent's economy.

In 2014, the global production of pollock was estimated to be around 2.3 million metric tons. The majority of pollock is caught in the North Pacific Ocean, with Russia, Japan, and Korea being the top producers. In 2014, Russia accounted for approximately 40% of the world's pollock catch, followed by Japan (30%) and Korea (20%). Pollock is an important commercial fish species and is harvested for both its meat and its roe. The flesh of pollock is white and flaky, with a mild flavor. It is often used in fishcakes, surimi, and other processed fish products. The roe of pollock is also prized and is used in the production of caviar. In recent years, there has been increasing interest in using pollock as a sustainable and eco-friendly alternative to traditional fish species such as cod and haddock. This is due to the fact that pollock is a relatively abundant species that is not overfished. Additionally, pollock fisheries are typically well-managed and have low levels of bycatch (the unintentional capture of non-target species). As the demand for sustainable seafood continues to grow, it is likely that pollock will play an increasingly important role in the global fish market.