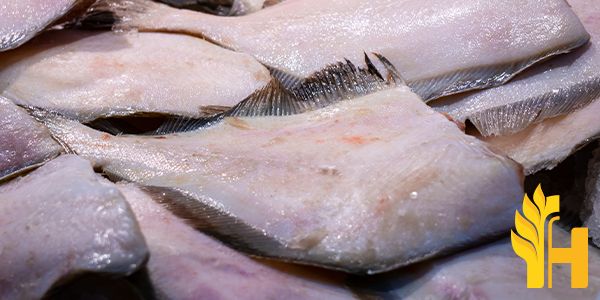 Where to buy and sell European Plaice, lowest (cheapest) and highest price.

The Current commodity price of European Plaice per kg, pound in the world in the global markets

The European plaice is fully grown at about 30 cm or 12 in, but usually smaller lengths are targeted by commercial fisheries. European plaice show a certain amount of sexual dimorphism: females grow much larger than males and can reach up to 35 lb (16 kg) while males do not exceed 11 lb (5 kg).

European plaice is a relatively short-lived species. The maximum age recorded in the North Sea fisheries is about 30 years, but much smaller sizes are more common. Females grow at a faster rate than males and reach larger sizes, possibly because of better nourishment in the early life stages. There is little information on the spawning behavior of plaice. They are known to spawn in autumn and winter when they move from deeper waters to nearshore habitats where water temperatures are suitable for embryonic development.

European plaice is a benthic marine fish whose adults occur on sand or muddy bottoms at depths between 10 and 50 m. They are usually found over sand or silt substrates, but the juveniles tend to avoid sand because of their vulnerability to predators. This species can be found at depths up to about 500 m. These demersal fish are closely associated with the seabed, inhabiting various kinds of bottoms from sandy substrate near beaches down to soft muddy bottoms in the sea deeper than 100 m. This species is found around the coasts of Britain, Ireland, and western Europe on both sides of the North Sea all around to off northern Norway. European plaice are abundant along the shores of France but are less common in Mediterranean waters. They can be found at depths down to about 500 m with juveniles found in inshore waters. They are not common around the coasts of Iceland and Greenland, but they occur on both sides of the Bay of Biscay and off Madeira, where it is abundant at depths of 40 m. These bottom-living fish tend to migrate from deeper waters during autumn and winter to waters nearshore.

European plaice are caught with trawls, dredges and they are also fished by gillnet. Gilling is considered to be sustainable but trawling is often limited in some areas due to its impact on the sea bottom. The fishing season varies with the area, but usually, European plaice are taken all year round. Those living in warmer waters have a shorter spawning season than those in colder conditions.