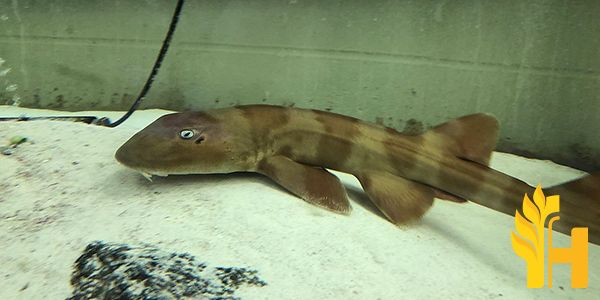 Where to buy and sell Dogfish, lowest (cheapest) and highest price.

The Current commodity price of Dogfish per kg, pound in the world in the global markets

The spiny dogfish has a slender, elongate body and a moderately flattened head. The snout is narrow, tapering to a pointed tip. The eyes of this dogfish are moderately large. The first dorsal fin is located about halfway between the pectoral and pelvic fin origins and behind the rear tips of the pectoral fins. This species is a uniform dark brown on the back which becomes paler below, with a white underside.

There are a variable number of small, thorn-like dermal denticles in a row along the back and the midline. The longest dorsal spines lack a dark band on their tips (unbanded spine). The caudal fin is crescent-shaped, with its corners evenly rounded. The teeth are not strongly differentiated between the upper and lower jaws.

"Squalus acanthias" may be found from shallow subtidal waters down to a depth of 480 meters (m) in the northeastern Atlantic Ocean and the North Sea, but it inhabits water less than 50 m deep over the European continental shelf. This species frequents soft bottoms on sand or mud, but it may also be found around rocky reefs or wrecks. Juvenile spiny dogfish are known to form large groups in regions where prey is abundant.

Spiny dogfish mainly feed on squid and small bony fish, such as herring and whiting. This species is fished commercially; it is captured by trawls, gillnets, and bottom-set longlines. The meat is eaten fresh or frozen (fishmeal), but the skin and spines are considered to be a nuisance in fishing operations

The spiny dogfish is common off New Zealand's coasts, particularly in cooler waters. It has been reported from the surface to depths of 590 m. Juveniles are mainly found in inshore waters over the continental shelf, while adults occur both on the outer edge of the shelf and on deeper slopes. This dogfish is a fast-swimming predator which feeds on bony fishes, cephalopods, crustaceans and carrion.

Dogfish are found in all the world's oceans, from the cold waters of the Arctic to the warm waters of the tropics. They are a major food source for many marine animals, including other fish, seals, whales, and humans. Dogfish have been commercially fished for centuries. In recent years, their numbers have declined due to overfishing and other human activities. As a result, dogfish are now classified as a "vulnerable" species by the International Union for Conservation of Nature (IUCN). Despite their decline in numbers, dogfish are still one of the most abundant fish in the world. According to the Food and Agriculture Organization (FAO), they are the second most commonly caught fish in the world, after anchovies. The majority of dogfish that are caught are used for their meat, which is considered to be of high quality. Their liver oil is also used in some industries, such as the cosmetics industry. Dogfish are relatively small fish, with most adults only reaching lengths of about 1-2 feet (30-60 cm). However, some species can grow to much larger sizes. The largest recorded dogfish was a Greenland shark that measured over 20 feet (6 m) in length