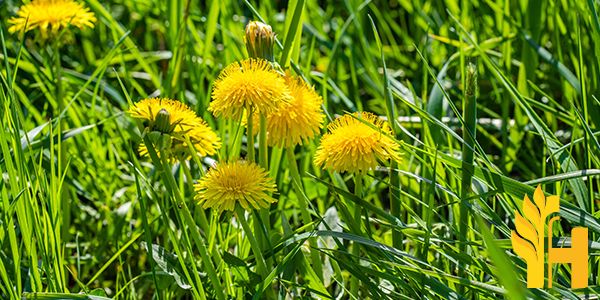 Where to buy and sell Dandelion, lowest (cheapest) and highest price.

The Current commodity price of Dandelion per kg, pound in the world in the global markets

Dandelion is a perennial herb that grows from thick roots. It is characterized by its heavily toothed leaves that do not grow from the stem but emerge from the crown of the plant near the ground. Dandelion's other characteristic is the yellow flower that occurs on hollow long stalks. The stalk may reach up to 70 cm in height. The flower consists of many tiny florets packed thickly together what is typical for all flowers that belong to the Asteraceae family. The plant when its leaves or stems are broken oozes out a milky substance that supports the damage.

This perennial herb is native to Euroasia but was also introduced in many countries by European settlers. It now occurs almost all over the world when the climate is optimal for its growth. It is believed that in many cases the introduction of the flower was not intentional but many believe that it was brought to North America in order to remind people about their old homes as well as to be used medicinally. After the introduction, the plant ran out of control and become an invasive species.

Dandelion is predominantly used as a source of food for both humans and animals. Its young leaves are usually used as an ingredient for spring salads. Its root when dried and ground can be turned into a coffee substitute and flowers make perfect dandelion wine or can be turned into a honey-like beverage. Dandelion has also many medicinal uses. The most important health benefit of this plant is the fact that the root has diuretic properties. The milky substance produced by the plant is used as a mosquito repellent. It can also be used as a dye (especially the flowers heads).

The plant is not really cultivated economically as it grows in wild and is a common, invasive species. It causes troubles for many societies as its population is hard to control, especially for public gardens, lawns, parks as well as big farms and farming lands. Each year more than a billion dollars is spent in order to secure agricultural lands from the yellow flowers and on weed control.

Dandelion is a plant that is native to Europe, Asia, and North America. The plant has been used for centuries in traditional medicine to treat a variety of conditions. Dandelion is rich in vitamins A, C, and E and also contains a number of minerals including potassium and magnesium. The plant has diuretic properties and can be helpful in treating conditions such as water retention. Dandelion is also a detoxifying herb and can be helpful in cleansing the liver. Dandelion is cultivated commercially for its leaves, which are used in salads, and for its roots, which are used to make a coffee substitute. The plant is also grown as an ornamental. In traditional medicine, dandelion is used to treat a number of conditions. The herb is said to be helpful in treating digestive disorders, such as constipation and indigestion. Dandelion is also used to treat liver problems, including hepatitis and jaundice. The plant is also thought to be beneficial in treating skin conditions such as eczema and psoriasis. Dandelion is generally considered to be safe for most people. However, some people may experience allergic reactions to the herb. If you experience any adverse effects, discontinue use and consult your healthcare provider.