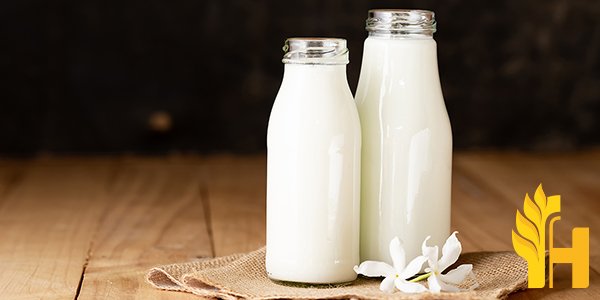 Where to buy and sell Cream, lowest (cheapest) and highest price.

The Current commodity price of Cream per kg, pound in the world in the global markets

The cream is a type of dairy product that is made from un-homogenized milk. It is composed of a fatty component called butterfat, which can determine how well it will whip and how stable it will be. Higher fat creams tend to taste better, have a richer texture, and don't curdle as easily when used in cooking. The cream can be used as an ingredient in various dishes or consumed on its own. It is often paired with cookies, cakes, or other desserts. Some people also enjoy drinking it in coffee or tea. There are many different types of cream available, including heavy cream, light cream, and sour cream. They can be used interchangeably depending on the recipe. The cream is a dairy product composed of the higher-fat layer skimmed from the top of milk before homogenization. In un-homogenized milk, the fat, which is less dense, eventually rises to the top. This cream can be collected and used in various ways, including whipped cream, sour cream, or creme fraiche. The cream is high in fat and calories, but also contains some essential nutrients, including calcium and vitamin D. There are different types of cream, each with its unique properties. Light cream, for example, has a milk fat content of between 18 and 30 percent. This type of cream is less likely to curdle than higher-fat creams, so it's a good choice for sauces. Heavy cream, on the other hand, has a milk fat content of at least 36 percent. This makes it thicker and creamier than light cream, making it a better choice for desserts or whipped cream. Whipping cream has a milk fat content of between 30 and 36 percent, making it the perfect middle ground for most recipes. No matter which type of cream you choose, be sure to store it in the fridge and use it within a few days to ensure freshness. The cream is a dairy product that is made when lactic acid-producing bacteria are added to dairy cream. This results in a slightly tart, thick substance that has long been an ingredient in Eastern and Central European cuisines. Cream moved west as people immigrated to other countries. Today, it is a popular ingredient in many dishes.

The cream is a dairy product that is composed of the higher-fat layer skimmed from the top of milk before homogenization. In un-homogenized milk, the fat, which is less dense, rises to the top. Once homogenized, however, the fat particles are dispersed evenly throughout the milk and cannot rise to the top. The cream has been used since ancient times, and its production has seen a dramatic increase in recent years. In 2016, the global production of cream was estimated at 21.6 million tons, up from 20.1 million tons in 2015. The United States is the largest producer of cream, with an estimated 3.2 million tons in 2016. Other major cream-producing countries include Germany, France, and the United Kingdom. The increased demand for cream can be attributed to a number of factors, including the growing popularity of dairy-based products such as ice cream, cheese, and yogurt. The health benefits of cream have also been widely publicized in recent years, with many studies showing that it can help improve heart health and reduce the risk of diabetes. Despite the increased demand, cream prices have remained relatively stable in recent years. This is due to the fact that cream is a by-product of milk, and thus its price is largely dependent on the price of milk. In 2016, the average price of milk in the United States was $3.15 per gallon, while the average price of cream was $2.89 per pint. Looking to the future, the global production of cream is expected to continue to grow in response to the increasing demand. This growth is expected to be driven by the continued popularity of dairy products, as well as the growing awareness of the health benefits of creams.