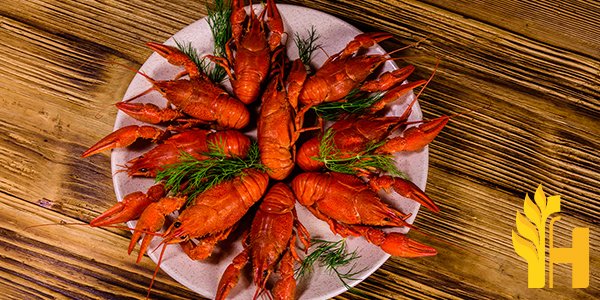 Where to buy and sell Crayfish, lowest (cheapest) and highest price.

The Current commodity price of Crayfish per kg, pound in the world in the global markets

Crayfish, also known as crawdads, are freshwater crustaceans that resemble small lobsters. They are typically gray or green in color and have a long tail and two large claws. Crayfish are scavengers that feed on decaying plant matter and other organic material. They are also predators, feeding on insects, smaller fish, and amphibians. Crayfish are an important part of the food chain and play a significant role in the aquatic ecosystem. Crayfish are a type of freshwater crustacean that is closely related to lobsters and shrimp. They are typically found in streams, ponds, and lakes, and can range in size from just a few centimeters to over a meter long. Crayfish are omnivorous, meaning they will eat both plants and animals. Common food items include insects, fish, frogs, and other crustaceans. Crayfish are an important part of the ecosystem as they help to keep populations of other animals in check. For example, crayfish eat large numbers of mosquitos, which helps to prevent the spread of diseases like malaria. Crayfish are also a popular food item and are often eaten boiled, grilled, or baked. They are a good source of protein and other nutrients. In North America, crayfish are often called crawdads. They are an important part of the diet of many animals, including fish, birds, and mammals. Crayfish are also a popular bait for fishing. Crayfish can be found in many different colors, but most are shades of brown or green. They have two large claws that they use to catch prey. Crayfish can grow to be up to six inches long, but most are much smaller. Crayfish are harvested for food in many parts of the world. They are also used as bait for fishing. The meat of crayfish is high in protein and low in fat, making it a healthy food choice. Crayfish are also a good source of vitamins and minerals, including potassium, magnesium, and zinc. Crayfish are a valuable part of the ecosystem, and their populations should be protected. They are fun to catch and eat, and they make a delicious addition to any seafood dish. Crayfish can be caught using a net or by hand. They can be cooked in various ways, including boiling, frying, and baking.

Crayfish are found in almost every continent in the world, with production occurring in many countries. The total global production of crayfish is thought to be around 500,000 tonnes per year. China is by far the largest producer of crayfish, accounting for around 70% of the total global production. Other major producers include the United States, Brazil, Thailand, and Vietnam. Crayfish are an important food source in many parts of the world and are also used in aquaculture. In China, crayfish are often served as a delicacy, either boiled or stir-fried. In the United States, crayfish are most commonly used in a Crawfish boil, a traditional Cajun dish. While crayfish are found in many different habitats, they are generally freshwater creatures. This is because they are very sensitive to changes in water quality and temperature. As a result, crayfish are often used as indicator species to monitor the health of freshwater ecosystems. Crayfish are an important part of the global food supply and play a role in the economy of many countries. In addition to their value as a food source, crayfish are also used in aquaculture and as indicator species. With a global production of 500,000 tonnes per year, crayfish are an important resource that is sure to be around for many years to come.