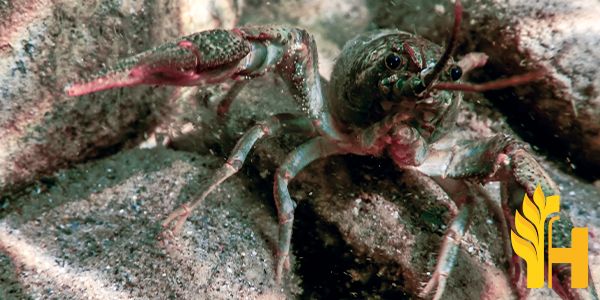 Where to buy and sell Crawfish, lowest (cheapest) and highest price.

The Current commodity price of Crawfish per kg, pound in the world in the global markets

Crayfish or crawfish are decapod crustaceans of the superfamily Astacoidea. They live in fresh water and in marine habitats worldwide. A crayfish is any of 29 species (of which 6 are introduced) of freshwater crustaceans in the family Cambaridae, plus a few species formerly placed in a separate family, Parastacidae. Euastacus crayfish are in the same taxonomic order (Decapoda) as lobsters, shrimps, and crabs; Astacus is Latin for "lobster" or "clawed lobster".

Crayfish feed on living and dead animals and plants. Crayfish are omnivores; they consume plant material, detritus, filamentous algae, microbes, and small invertebrates. They are considered to be keystone species in freshwater habitats due to their relatively large size and consumption of plants and small invertebrates which would otherwise go uneaten.

Crayfish were an important source of food to Native Americans and early European settlers in North America. Crayfish are currently a popular food in many parts of the world, including China, where they are served with fried basil and chili sauce.

They are also popular in France, where they are served with dishes such as "Ecrevisses à la nage" (crayfish cooked in their shells in white wine).

Crayfish are found throughout the world. They live in many types of water bodies. The greatest number of crayfish species live in southern Africa, Australia, South America, North America, and China.

Rivers or waterways are the homes most of crayfish species. Some live underground in caves where they are protected from pollution and siltation—factors that would otherwise kill them. Crayfish burrow vertically into the sediment to a depth of around half a meter (20 inches) depending on the water depth.

Crayfish are crustaceans, which means they have an exoskeleton made of chitin and proteins. The hard, front part of the carapace (shell) does not grow or regenerate if broken off. However, underneath the cuticle layer, some cells remain able to divide and form new exoskeleton material, so the crayfish grow more or less continuously.

The hard shell on a crayfish has many openings and flanges. The joints between the sections of the carapace are covered by triangular-shaped transparent extensions of the shell called "phyllopodia" (singular: "phyllopodium"), which move passively to reflect the motion of nearby water. Crayfish also have 2 compound eyes and 2 antennules (antennae-like appendages) on the top side of their heads, and a pair of mandibles (jaws).