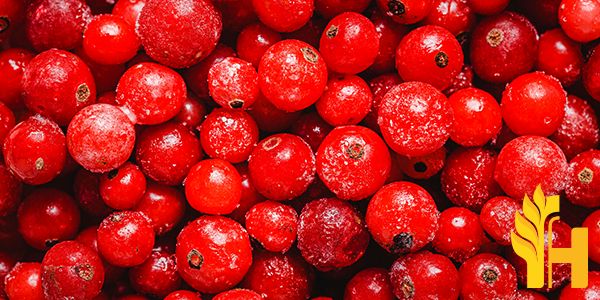 Where to buy and sell Cranberry, lowest (cheapest) and highest price.

The Current commodity price of Cranberry per kg, pound in the world in the global markets

Cranberry, also known botanically as Vaccinium macrocarpon, is a petite shrub characterized by its short branches that reach up to 20 cm in length. It belongs to the Ericaceae family. The branches are trailing. The shrub creates little white flowers with reflexed petals. The flowers turn into round red conspicuous edible fruit also called cranberry. Cranberry's stem is covered with thick ovate leaves along its length.

Cranberry is extremely popular in the places where it is cultivated. It is usually used in cooking, like pie filling, and its juice is usually turned into many beverages, as well as used in sauces. It can be bought in both fresh and dried form as well as in many types of preserves and ready-made products. Cranberry is also associated with Christmas and Thanksgiving due to its traditional associations with the US and the Canadian Thanksgiving and Christmas meals.

The shrub grows naturally in temperate regions in open bogs, swamps, and along lakesides. It is widely cultivated and produced in the United States, Canada, and Chile. These three countries produce collectively almost 97% of the global total. Up to 687534 tonnes are produced there each year. Cranberry is a major crop in New Jersey, Washington, Oregon, and Massachusetts in the USA and Ontario, Nova Scotia, Newfoundland, Prince Edward Island, British Columbia, and New Brunswick in Canada.

These small red fruits offer a vast range of health benefits. It is an excellent source of vitamins and antioxidants. It was traditionally used as a treatment for diseases of bladder and kidney by Native Americans and then by Early settlers used the fruit to treat blood disorders, scurvy, stomach complaints, and poor appetite. Cranberry is a great source of many vitamins such as vitamin E, vitamin K, thiamin, riboflavin, niacin, vitamin B-6 as well as a powerful vitamin C which is a natural antioxidant. The fruit also contains quite a good amount of natural fiber that helps to prevent developing a range of conditions such as stroke, coronary disease obesity, or diabetes.