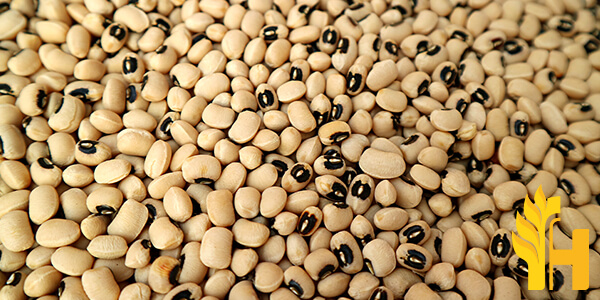 Where to buy and sell Cowpea, lowest (cheapest) and highest price.

The Current commodity price of Cowpea per kg, pound in the world in the global markets

cowpea (out of state)

Cowpea ( Vigna unguiculata L. Walp) is a legume with many potential benefits for human health and the environment. It flourishes in widely varied environmental conditions and can be used as feed or food.

The cultivation of cowpeas dates back to antiquity. From archaeological findings at sites in Africa and India, it is believed that they have been used as food since 3600 B.C.

Cowpeas are a particularly important source of dietary protein for low-income families in developing countries. They can be harvested three to five months after planting, offering a high yield compared with other legumes.

In the last 10 years, cowpeas have been recognized as a promising source for biofuel production. The plant grows on marginal land and is tolerant of poor soil conditions and drought. Its quick growth allows it to compete effectively with weeds that can otherwise reduce crop yields.

The genus Vigna includes numerous species, which are also known as cowpeas because they produce seeds that are similar in size and shape to those of the peanut. Most cowpeas are vines, but there are some bush varieties as well.

The cowpea probably shares a common origin with pigeon pea, field pea, lentil, chickpea, soybean and mungbean. The cultivated cowpea is thought to be a primary gene pool, one of the first domesticated plants.

Cowpeas are very popular due to their nutty flavor and pleasing texture. They can be boiled but are often used as an ingredient in salads, stews and soups, or ground into flour for breads, cakes and porridges.

Cowpeas are also known as black-eyed peas, southern peas or field peas. When the small round seeds of cowpea varieties with dark spots (or “eyes”) on a mottled background are split along both sides in a V shape, they reveal a reddish interior color.

The presence of the colorful lining distinguishes them from other varieties that have white or yellow insides. There are two major types of cowpeas: black-eyed peas, which have a black spot in each “eye”; and white-eyed peas, which have a light-colored circle in the center. In between is a third, less popular variety, the grey-eyed cowpea.

In 2016, global production of cowpeas was estimated at 7.3 million tonnes, led by Nigeria with 3.7 million tonnes (50% of the world total) followed by India with 1.9 million tonnes (26%). Other major producing countries include Brazil, Mali, and Burkina Faso. Global production has remained relatively stable over the past few years. From a trade perspective, Nigeria is the largest exporter of cowpeas, followed by Burkina Faso and India. Together, these three countries account for over 80% of global cowpea exports. The European Union is the largest importer of cowpeas, followed by Saudi Arabia and the United Arab Emirates. Cowpeas are an important source of food and nutrition for millions of people in Africa and Asia. They are a good source of protein, essential vitamins, and minerals, and can be eaten fresh or cooked. Cowpeas are also used as animal feed, particularly in countries where they are grown. The cowpea is a nitrogen-fixing legume, which means it helps to improve the fertility of the soil. Cowpeas are often grown as a cover crop or in rotation with other crops such as maize, rice, and sorghum.