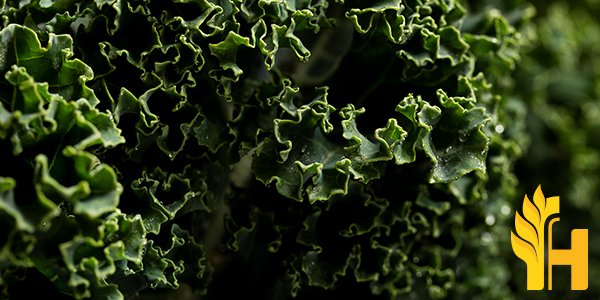 Where to buy and sell Covo African Kale, lowest (cheapest) and highest price.

"Brassica carinata" is a herbaceous biennial plant, which means that it takes two growing seasons to complete its life cycle. As it grows in the first year, "B. carinata" produces leaves and stems at the center of the plant with no flower stalk emerging until the second season of growth. When the plant is mature in its second growing season, it has a flower stalk that can reach about six feet (180 cm) in height. The flowers are yellow and packed closely together at stem tips with both male and female flowers present on each plant. The leaves are large, hairy, lobed, and mottled with white patches and purple veins. The leaves resemble those of collards and rutabagas, but the stems and flower stalks are different from other cole crops and ornamental kale plants.

"Brassica carinata" is a crop plant that is adapted to warm climates such as those found in Africa, southern Europe, and India. "B. carinata" is able to grow in climates with a wide range of temperatures, from 50-85 degrees Fahrenheit (10-30°C). It does not tolerate frost as it has a low tolerance for cold weather and can be damaged at 32°F (-0.5°C). The plant will flower only after the average daily temperatures remain consistently warm, which means that "B. carinata" can be grown year-round in many regions of the world.

The nutritional composition of "B. carinata" is very similar to kale and other cabbage plants (such as Chinese cabbage, broccoli, Brussels sprouts). It contains high levels of fiber (23%), which is particularly important as a means of achieving and maintaining a healthy digestive system. "B. carinata" also contains high levels of Vitamin C (50%) and beta-carotene (more than any other plant). These nutrients, along with the dietary fiber present in "B. carinata", help to prevent or alleviate the symptoms of bowel cancer.

Leaves are dark green, ovate to lanceolate in shape, tapering at both ends. They are attached to the stem by a stalk. The stalks are upright or ascending and very often branched once or twice with longer shoots often terminating in leaves only (no flowering). The leaf size is medium to large. The stem is fibrous and leaves are often hairy especially along the veins on the underside. The stems are often purplish-red, sometimes green or white with green tips. Leaf margins are finely serrated.

The leaf stalk does not clasp the stem at the base of the leaf. The center vein is green or white with green tips while the two side veins are darker, purplish-red in color. Very similar to kale (Brassica oleracea var acephala) however more closely related to collards and gai lohn. Flowers are small, pink or white in color with 4 petals. Fruit is a silicle shape that grows to about 2-3cm long. Seeds are glossy brown in color. Seeds are flat and ovoid in shape about 1mm diameter by 3mm length on average. They have a rounded edge on one side of.

Covo is a leafy vegetable that is native to Africa. It is also known as African kale or simply kale. Covo is a highly nutritious vegetable and is a good source of vitamins A, C, and K. It also contains important minerals such as iron and calcium. Covo is typically grown in warm climates and is harvested throughout the year. The main producing countries of covo are Nigeria, Ghana, and Cameroon. Covo is also grown in other African countries such as Kenya, Tanzania, and Uganda. Global production of covo has been increasing in recent years due to the growing demand for this healthy leafy vegetable. In 2016, global production of covo reached 9.3 million tonnes. Nigeria is the leading producer of covo, accounting for about 60% of global production. Other major producing countries include Ghana, Cameroon, and Kenya. The future outlook for covo looks promising as the demand for this healthy vegetable is expected to continue growing in the years ahead. With its nutritional value and health benefits, covo is expected to play an important role in meeting the growing demand for healthy food options around the world.