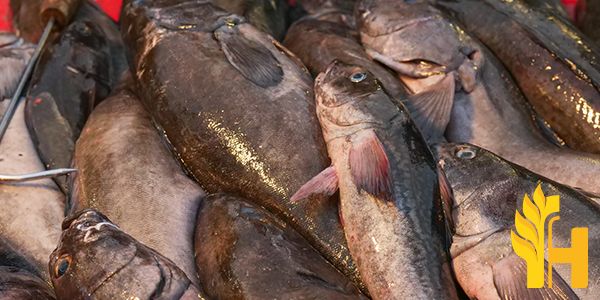 Where to buy and sell Cod, lowest (cheapest) and highest price.

The Current commodity price of Cod per kg, pound in the world in the global markets

The cod group consists of three species that belong to the Gadus taxonomic genus. It consists of Atlantic, Pacific, and Greenland Cod. They all have important commercial value with the Atlantic and the pacific species in particular.

The fish is characterized by its torpedo-shaped body that also has a pot-bellied appearance. Its body is covered with not vibrant scales usually in a vague range of colors, from grey to silver or deep-green. Their upper side tends to be slightly darker than their underbellies. The fish grows up to 2 to 4 feet long. Cod usually weighs up to 30 lbs but heavier species may reach up to 88 lbs.

All three species share similar habitat areas and conditions. They occupy benthic, saltwater habitats, most often near the sea floor. Some species may be also found in brackish waters or habitats with mixed salt and fresh water. The fish prefers coastal habitats that are close to shore but can also be found in deep waters, up to several thousand feet beneath the surface.

Cod is characterized by its carnivorous diet and feeding on other animals. The fish eat everything it can hunt and swallow. Younger fish feed on plankton, shrimp, and other small water creatures. Adult ones usually search for worms, a variety of invertebrates, small fish, or even squid.

As mentioned above, cod is an important industrial fish. All three species are a source of food. They are important commercial fish for fisheries in the areas of their habitats. It is the common fish used as a source of food. Their livers are also used to produce cod liver oil. The fishing pressure, however, has significantly declined the population of these fish. The fish has never been domesticated in any way.

Global cod production reached a peak in the early 1990s, before declining sharply. It has since stabilized at around 3 million tonnes per year. The vast majority of cod is produced in Asia, particularly China and Russia. Other major producers include Iceland, Norway, and the United States. The decline in cod production in the 1990s was caused by overfishing and environmental changes, such as the depletion of cod stocks in the North Atlantic. These factors led to a decrease in demand for cod, which in turn led to lower prices and reduced production. Despite the decline in production, cod remains an important fish in the global economy. It is a major source of food for people in many parts of the world, and it is also used for bait, pet food, and other purposes. In addition, cod is an important commercial fish, and its skin and oil are used in a variety of products.