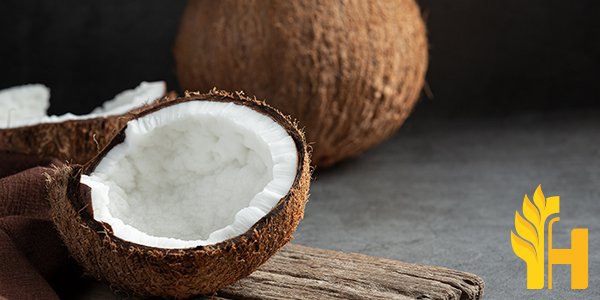 The current, latest prices of Coconut in the world in the global markets

heart of the coconut palm

Coconuts are a type of fruit that grows on palm trees. They have a hard outer shell that protects the inner flesh and seeds. The flesh is white or light brown in color and has a sweet, nutty flavor. The seeds are also edible and have a chewy texture. Coconuts are a good source of fiber and vitamins C, E, and B. They also contain minerals such as iron, magnesium, and potassium. Coconuts can be eaten fresh, dried, or processed into coconut milk or oil. Coconuts are native to the tropical regions of Asia and Africa. Today, they are grown in many parts of the world, including the Philippines, India, Brazil, and Hawaii. Coconuts are a versatile fruit that can be used in a variety of dishes. They can be eaten as a snack, added to salads or main dishes, or used as an ingredient in desserts. Coconuts can also be processed into coconut milk, which is often used in curries and other savory dishes. Coconut oil can be used for cooking or as a moisturizer for skin and hair. The scientific name for the coconut is Cocos nucifera. It is a member of the palm family and is believed to have originated in Southeast Asia. The name "coconut" comes from the Spanish word "coco," meaning "head" or "skull." Coconuts are large, brown fruits that grow on palm trees. The outside of the coconut is hard and fibrous, while the inside is white and fleshy. The flesh of the coconut is used in many different recipes, and the water inside the fruit is a refreshing drink. Coconuts are an important crop in many tropical countries. In addition to being eaten, coconuts are used to make oil, soap, and other products. The coconut palm is a tall, slender tree that can grow up to 100 feet (30 meters) tall. The tree has large, glossy leaves and bears clusters of white flowers. Coconuts are the fruit of the coconut palm and can weigh up to 25 pounds (11 kilograms). Coconuts are a good source of fiber and vitamins, and they contain a type of fat that is beneficial for health. However, coconuts also contain a significant amount of saturated fat, which can raise cholesterol levels and increase the risk of heart disease. Coconuts are an important food crop in many tropical regions. They are a source of food and water for millions of people and are used in many industries, including construction, cosmetics, and pharmaceuticals. Coconut production plays a significant role in the economy of many countries, including Brazil, Indonesia, India, Sri Lanka, Thailand, and the Philippines. Coconuts are generally classified into two types: tall and dwarf. Tall coconuts are taller than 20 meters (66 ft), while dwarf coconuts only reach a height of 10 meters (33 ft). More than 95% of the world's coconut production comes from dwarf variety coconuts. The main producing countries of tall coconuts are Brazil, Colombia, Ecuador, India, Indonesia, Malaysia, Mexico, Philippines, Sri Lanka, Thailand, and Vietnam. Dwarf coconuts are mostly produced in Brazil (70%), Indonesia (20%), India (5%), and the Philippines (5%). Coconut water is a popular beverage in many parts of the world. It is low in calories and fat and is a good source of vitamins and minerals. Coconut water is also used as a base for many juices and cocktails. Coconut milk is another popular product made from coconuts. It is used in many curries and desserts and is a good source of protein, vitamins, and minerals. Coconut oil is used in many industries, including cosmetics, pharmaceuticals, and cooking. It is also a popular ingredient in many beauty products.