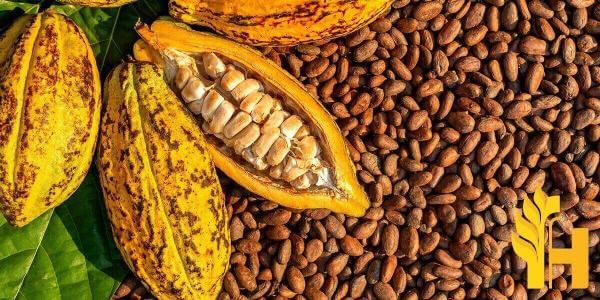 The current, latest prices of Cocoa in the world in the global markets

Cocoa is a brown powder with unexceptional properties. It is produced from exotic cocoa and was already known by Aztecs and Mayans. They were the first to appreciate the taste of this brown beverage (they drank it bitter). Today it is drunk as a sweet, hot drink however other products made of cocoa powder are even more popular. Cocoa is the main ingredient of milk, dark and dessert chocolate, aromatic sweets, candies, and cookies.

Cocoa trees are evergreen trees from the mallow family, up to 15 meters high. They grow wild in the north region of They grow wild in the northern region of South and Central America, in humid equatorial forests. They create large fruits similar to cucumbers in their shape. Up to 20-60 round flat seeds are found in the sweet flesh, under a thick cover. After fermentation, cleaned and then dried, roasted, and ground seeds (more specifically the pulp) are pressed hot to obtain cocoa butter (fat, an ingredient in many cosmetics and chocolate). The residue from this process, the remains are grind again and used to produce cocoa powder.

Cocoa seeds are a rich source of antioxidants that help to reduce harmful free radicals and protect us against cancer and cardiovascular diseases. Fresh, raw seeds are much richer in polyphenols than red wine, green tea, or blueberries. Unfortunately, under the influence of high temperatures, they lose some of their nutritional value. Nevertheless, the product we receive as consumers still has properties that are valuable for health. Cocoa powder is rich in calcium, iron, phosphorus, and magnesium. These elements, combined with the sweet cocoa taste, are responsible for improving our mood. Similar properties indicate included in cocoa powder tryptophan, necessary for the production of serotonin, known as the happiness hormone. Soothing and calming effects are shown by valeric acid as well.

Cocoa powder and cocoa products eaten regularly improve memory, thanks to the high amounts of theobromine which gives energy, vitality and improves regeneration. It is a great idea to include cocoa products in your everyday diet.

Cocoa beans are mostly produced in tropical regions, where climate conditions are optimal for the cultivation of cocoa trees, as mentioned above. Most of the world's cocoa seeds, up to 70%, comes from the Ivory Coast, Ghana, Nigeria, and Cameroon, the countries of West Africa. These countries, especially Ghana and Ivory Coast, are the largest producers of cocoa, with almost 50% of the total world's cocoa. Up to 1.6 million metric tons in produced there annually. Another important producer of cocoa (the 5th largest cocoa producer in the world) is Indonesia. Indonesia is the only country on the list that is not located in Africa. Indonesia produces up to 849,875 metric tons of cocoa seed annually. However Indonesian production has significantly decreased due to government policies, aging cocoa trees, and the high level of cadmium in the seeds.

Production of cocoa is expected to further develop due to the high demand for products made from cocoa such as chocolate. The thing that is arguably is the fact that in many cases, the production on cocoa farms takes place with the use of child and forced labor. To ensure that inhuman work conditions are not a part of modern cocoa production, many producers, as well as human right organization, encourage consumers to buy only fair trade products. Due to the high demand, up to two million children are believed to be involved in cocoa farming.