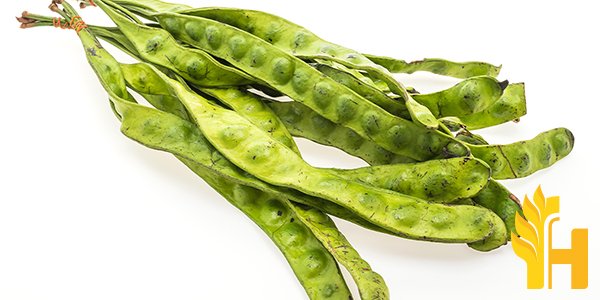 Where to buy and sell Cluster Bean, lowest (cheapest) and highest price.

The Current commodity price of Cluster Bean per kg, pound in the world in the global markets

The guar or cluster bean, with the botanical name Cyamopsis tetragonoloba, is an annual legume and the source of guar gum. It is also known as Gavar, gawar, or guar bean. Guar gum is a galactomannan vegetable gum of the legume family, is a more refined version of locust bean gum. In India, its seed is used as animal fodder, and its extract is a strong thickening agent in cooking. It is also called cluster bean because it has a purple flower that looks like clusters of flowers.

Among the legumes, this is one of the most important crops after soybean and black gram (Vigna mungo L.). India is the largest producer worldwide; world production was about six million tonnes in 2009. Production can reach ten million tonnes if grown in semi-arid conditions that are favorable during the cropping season.

When growing for guar gum production, the crop requires moisture throughout its life, with lower rainfall than many crops to avoid stunting plant growth. Guar is typically cropped three times in a two-year cycle before being rested for six months to reduce pests and diseases.

The legume is primarily grown in semiarid areas with rainfall between 400 and 600 millimeters (16 to 24 inches) per year; it requires intense sunshine. Guar gum accounts for about 60 percent of the total production of galactomannans. While India, Pakistan, Argentina, China, and Tanzania are significant producers of the seed, the major commercial extraction of guar gum is from India.

In India farmers are using Guar Gum seeds for their cattle, mainly cow and buffalo's to add weight. In this way, Indian farmers producing guar gum can utilize their farm waste for biofuel. Bio-diesel thus produced from farm waste will reduce pollution. Indonesia has also started to produce guar gum.

Guar gum is used in many industries, mainly in the paper industry, textile industry, and oil industry. It is used as an additive for drilling muds, gravel packing operations, water well drillings/surfactant (especially in fracturing fluids), oil well-cementing fluid, thickening agent for asphalt, and other bituminous materials.

In the paper industry, it is used as a wet-end adhesive in certain grades of paper, to control ink viscosity in newsprint, and as a retention aid. In textiles, it is used to bind fibers together during the high-speed manufacture of fabrics. In textile printing, it is used as size and as a thickener.

Guar gum is primarily used in the food industry because of its properties as a gelling agent, film former, stabilizer, and emulsifier. In this industry, it is mainly used as an additive for foods such as processed cheese, ice cream, chocolate milk, fruit