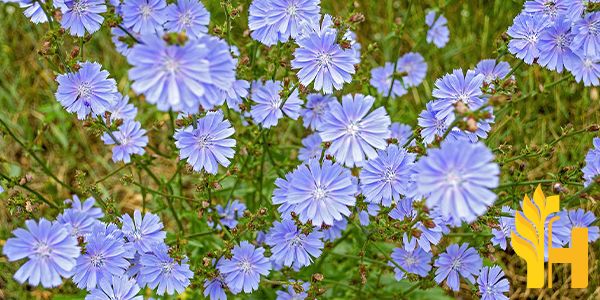 Where to buy and sell Chicory, lowest (cheapest) and highest price.

The Current commodity price of Chicory per kg, pound in the world in the global markets

Chicory roots in Bosnia and Herzegovina

Chicory, also known as Chichorium intybus, is a perennial plant belonging to the Asteraceae family. It is characterized by the blueish violet flowers it creates. The plant is native to Europe. In the 19th century, chicory was also introduced in the United States. Nowadays it is extensively cultivated in Europe, especially in Belgium, France, Germany, and the Netherlands, as well as to some extent in North America. The plant is edible and its leaves are often used as an ingredient for salads and many other dishes. Its roots are often boiled and added as an ingredient to enhance butter flavor. It is also used as a source of food for animals and is grown as a fodder or herbage crop for cattle. Additionally, the root of the plant can be roasted and ground and then added to coffee in order to enhance its color, body, and bitterness. This practice is especially popular in the United States, and coffee enhanced with chicory is widely popular in the city of New Orleans.

Chicory is characterized by quite a fleshy root system and branching rigid stem that is covered with slight meshy hair. The stem grows up to 1.5 meters. The stem creates toothed leaves, similar to dandelion leaves, which are located around the base.

The chicory root is mainly composed of inulin which is a prebiotic that encourages the growth of positive working bacteria in the guts. Additionally, it is an excellent source of dietary fiber which helps to improve digestion and relieve constipation and boost weight loss by reducing appetite. Chicory also contains many compounds that may help to improve blood sugar level and to control it. It is very important especially for people with diabetes. Chicory should not be consumed in huge amounts as it can cause gas and boating.

According to various sources the largest production of chicory takes place in Belgium with 421000 tons produced annually. Belgium is followed by France and the Netherlands. Other significant producers of chicory, especially the chicory root, are Bosnia and Herzegovina, Cameroon, and Croatia.

Chicory is a herbaceous plant that is native to Europe, Asia and North America. The roots of the plant are used as a coffee substitute and the leaves are used as an herbal tea. Chicory is also used as a food additive and forage crop. The global production of chicory was estimated to be about 1.3 million tons in 2015. The majority of the world's chicory production is in Europe, followed by North America and Asia. Chicory is grown in many parts of the world, but the majority of production takes place in Europe. The Netherlands is the leading producer of chicory, followed by Belgium and France. Other major producers include Italy, Spain, Turkey, and Morocco. The United States is a significant importer of chicory, most of which is used for the production of coffee substitutes. Chicory is also used as an ingredient in some beer styles, particularly those from Belgium. Global production of chicory has remained relatively stable in recent years, averaging around 300,000 metric tons per year. The majority of chicory is used for the production of coffee substitutes and other food and beverage applications. However, a small portion of global production is used for medicinal purposes.