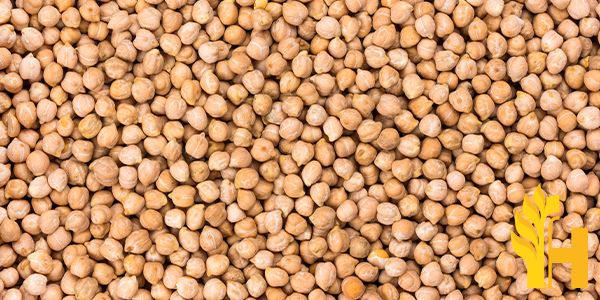 Where to buy and sell Chickpea, lowest (cheapest) and highest price.

The Current commodity price of Chickpea per kg, pound in the world in the global markets

Chickpea, also known as gram pea or under the botanical name Cicer arietinum, is a leguminous plant that belongs to the Gabaceae family. It is usually grown for its edible seeds. It is characterized by its straight (sometimes bending), branched stem that contains feathery leaves that are arranged alternately. The leaves are composed of up to 15 single leaflets that are oval. The plant produces white, pink, purple, or blue flowers that are usually single or in pairs. Its seed pot is ellipsoid and has up to four creamy, green, black, or brown seeds inside. Chickpea usually grows from 20 cm to 100 cm in height. It is an annual plant that survives only one growing season. It is known also under several other common names such as garbanzo bean, Ceci bean, or gram pea. The plant is believed to be native to south-eastern Turkey and originates from there.

It is most often consumed as a dry pulse. Its shelled peas are usually eaten as a vegetable or as a snack. The seed husks are often used as feed for animals. It is also the main ingredient of a famous and tasty paste known as hummus.

Chickpea is an excellent source of various nutrients, especially protein, which is an important mineral for bone, skin, teeth, and muscle health. It is recommended for people who do not consume meat as it provides large amounts of protein to the diet. Just one cup of chickpea provides one-third of the daily protein needed of an adult person. The pea also contains large amounts of natural fiber which not only regulates the digestive tract but also improves metabolism and digestion. It also contains lots of iron which is an essential mineral for the proper formation of blood cells and various other cells in the body.