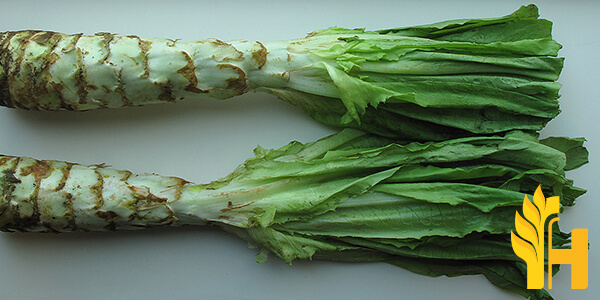 Where to buy and sell Celtuce, lowest (cheapest) and highest price.

The Current commodity price of Celtuce per kg, pound in the world in the global markets

Celtuce is the result of a mutation in regular lettuce plants, causing them to grow outwards rather than upwards, which results in longer stalks with edible leaves at their end. Celtuce goes by many names, some of which contain the word “lettuce,” which makes sense, as it is indeed a varietal of lettuce. You might see it advertised as “stem lettuce,” “asparagus lettuce,” or “celery lettuce,” or, at Chinese grocery stores, as wosun.

It is a popular vegetable in Chinese cuisine. Some examples of dish names that use celtuce are “Lettuce Pork Rolls,” “Braised Lettuce and Mushrooms," and "Smoked Fish with Spicy Celery Leaves.” While celtuce can be eaten raw, it is generally boiled or stir-fried, and its flavor complements meat dishes well. However, some people find it tough to chew on.

Celtuce contains a good amount of vitamin C and several minerals that are beneficial to one's health. Celery leaves contain antioxidants that are one of the most powerful nutrients in fighting cancer. Celtuce comes from a mutated variety of iceberg lettuce, which is why it has a crunchier texture than regular lettuce. One way to cook celtuce is to boil it for three minutes and then fry it with garlic cloves, ginger, soy sauce, oil, and chili peppers.

Chinese cuisine is an amazing blend of different styles of food and cooking methods, which result in a ton of variety. Celtuce is one type of vegetable popularly used in Chinese dishes. It is also known by several other names, but the most common are “stem lettuce” or “celery lettuce.” Regardless, its scientific name is Lactuca sativa var. angustana, which means it’s a type of lettuce.

Pork and celery leaves are often used together in Chinese dishes such as braised lettuce and mushrooms, smoked fish with spicy celery leaves, and lettuce pork rolls. Celtuce is boiled or stir-fried to bring out its flavor before being used in cooking. It can also be eaten raw, but since it’s tough to chew on, most people prefer to boil or stir fry it for between three and five minutes. The ones that are boiled should be drained of water after they turn soft.

Some Chinese recipes use celtuce as the main ingredient, but it can also be used as a side dish or garnish. One popular recipe is braised lettuce and mushrooms. It’s a great example because the mushroom taste enhances celtuce flavor while cooking, plus celtuce has a crunchier texture than regular lettuce which adds some variety to food that contains lettuce.

Celtuce is a popular leafy green vegetable in Asia, particularly in China where it is known as wosun. It is also grown and consumed in other Asian countries such as Japan, Korea, and Taiwan. In recent years, celtuce production has expanded to other parts of the world including North America and Europe. Celtuce is a cool-weather crop that is typically planted in the spring. It takes approximately 60 days for celtuce to mature and be ready for harvest. The leaves of the celtuce plant are thin and delicate, and they have a mild lettuce-like flavor. Celtuce is often used in salads and other dishes as a flavor enhancer or garnish. The global production of celtuce has been increasing in recent years. In 2013, global production of celtuce was estimated at 1.3 million metric tons. The majority of celtuce is produced in China, which accounted for approximately 80% of global production in 2013. Other major producers of celtuce include Japan, Korea, and Taiwan. The increasing global production of celtuce is largely due to the expanding demand for vegetable in both developed and developing countries. In developed countries, the popularity of celtuce has grown in recent years as more people have become aware of its nutritional value. Celtuce is a good source of vitamins A, C, and K, as well as fiber and folate. In addition, celtuce is low in calories and fat. The expanding demand for celtuce in developing countries is due to the growing middle class who are increasingly interested in healthy eating. As incomes rise and health consciousness grows, more people are looking for healthy food options, and celtuce fits that bill. In addition, the increasing popularity of Asian cuisine in the West has also helped to boost demand for celtuce. The future prospects for the global celtuce market are positive. The expanding world population and the continued growth of the middle class in developing countries are expected to drive up demand for celtuce. In addition, the increasing popularity of healthy eating is likely to continue to support demand growth. As a result, the global production of celtuce is expected to continue to increase in the coming years.