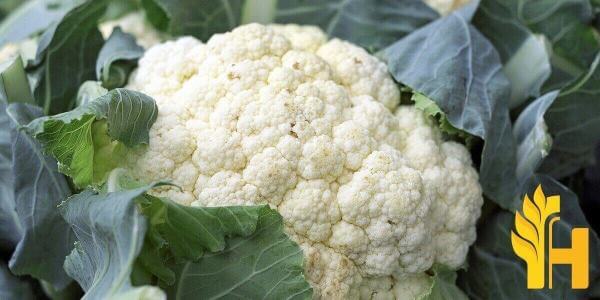 Where to buy and sell Cauliflower, lowest (cheapest) and highest price.

The Current commodity price of Cauliflower per kg, pound in the world in the global markets

cauliflower (out of state)

Cauliflowers and broccoli in Albania

Cauliflowers and broccoli in Algeria

Cauliflowers and broccoli in Armenia

Cauliflowers and broccoli in Australia

Cauliflowers and broccoli in Austria

Cauliflowers and broccoli in Bahrain

Cauliflowers and broccoli in Bangladesh

Cauliflowers and broccoli in Belgium

Cauliflowers and broccoli in Bhutan

Cauliflowers and broccoli in Bolivia

Cauliflowers and broccoli in Bulgaria

Cauliflowers and broccoli in Cabo Verde

Cauliflower is mostly appreciated for its taste. It is an addition to main courses as well as served on its own, with butter and fried breadcrumbs. Cauliflower is often served in soups or salads. It can be fried, baked, grilled, cooked, steamed, or even eaten raw.

It derives from the cabbage family, known for its characteristic shape and creamy, white, or red colors. It has a compact structure with narrow, long leaves. Due to its alleged origin, it was called Cypriot cabbage. It was appreciated especially in Rome and Greece, and then in the whole of Europe. It was introduced to the Polish market in 176h century thanks to Bona Sforza d’Aragona.

Cauliflower belongs to the group of the most healthy vegetables. It is rich in healthy elements that are beneficial for the human body. It is a rich source of fiber, potassium, magnesium, calcium, zinc, iron, iodine copper, and fluorine, as well as various vitamins: C, K, B1, B2, B6. Its characteristic scent is induced by essential oils containing sulfur correspond.

It is believed that cauliflower is of great importance for cancer prevention. Eaten regularly, cauliflower may significantly decrease the risk of developing cancer (e.g. prostate, colon, pancreas, liver) as well as the multiplication of cancer cells. Sulforaphane, compounds found in cauliflower, stimulates the enzymes responsible for fighting cancer. Cauliflower is a rich source of antioxidants neutralizing the harmful effects of free radicals responsible for faster aging or inflammation in the body.

In Poland, cauliflower is cultivated as an annual plant. It is a quite demanding plant. Cauliflower likes sunny places, however, it does not like to be exposed to direct harsh sunlight because it becomes yellowish. It is not resistant to high temperatures, because it might cause quick blooming and result in the low quality of crops. Cauliflower grows well in humus-rich, fertile, sandy loam soil, rich in water, but not waterlogged.

Cauliflower was called the Cypriot cabbage because it is native to Cyprus. It was quite popular in ancient Rome and Greece and then was popularized in the whole of Europe. It was first introduced to the Polish market in the 16th and 17th centuries, thanks to the influence of Queen Bona. This theory is not confirmed tho, because before the queen moved to Poland, several Italians has already lived in the country and they must have had known cauliflower. Old recordings suggest that salad, cauliflower, and cabbage might have been eaten by king Władysław Jagiełło.

It is an annual plant of the cabbage family. It has a short, cylindrical stem and leaves covering a long inflorescence. The florets of the inflorescence are white in color and have a fleshy structure. There are several different cultivars that differ in their color and shape.

Health properties:
1. Cauliflower is a rich source of vitamin K, which improves blood circulation.
2. It is a rich source of natural fiber that is an important fact of natural digestion processes and helps to reduce toxins in the organism. It protects the stomach as well as the intestine against cancer thanks to the content of isothiocyanates. It immunizes the stomach against harmful bacteria because it contains sulforaphane.
3. Thanks to the high amount of vitamin C and antioxidants it regulates and improves the condition of sight and the eyes. Mentioned sulforaphane protects the tissues of the retina.
4. The sulforaphane in cauliflower protects the skin from damage caused by UV rays. It reduces the likelihood of skin cancer.
5. It contains fatty acids and fiber that lower blood pressure and the level of bad cholesterol. Therefore, cauliflower is recommended for people suffering from cardiovascular diseases.
6. Cauliflower helps to balance electrolytes in the body, which ensures the proper functioning of the nervous system.ins phosphorus which helps regenerate cell membranes, which are crucial for proper brain functioning.
7. Cauliflower may protect against diabetes thanks to vitamin C and potassium content. Thanks to them, the body regulates metabolism and blood glucose levels.

Just like other cruciferous plants, cauliflower contains substances that interfere with the absorption of iodine. Consumption in large amounts may result in the symptoms of hypothyroidism.

Cauliflower is usually served with melted butter and fried breadcrumbs. It can be eaten raw, cooked, boiled, steamed, grilled, or baked. It is often added to salads, soups, and many other dishes. It is an important part of a vegetarian diet.

Cauliflower is a popular vegetable that is grown in many parts of the world. Production of cauliflower has increased significantly in recent years, reaching a record high of 18.7 million tons in 2013. The main producers of cauliflower are China, India, the United States, and Mexico. Cauliflower is a nutritious vegetable that is rich in vitamins and minerals. It is a good source of fiber, vitamin C, folate, and potassium. Cauliflower also contains phytonutrients that have been shown to have several health benefits. The demand for cauliflower has been increasing due to its nutritional value and versatility. Cauliflower can be eaten raw, cooked, or roasted. It can be used in a variety of recipes, such as soups, stews, salads, and casseroles. The global production of cauliflower is expected to continue to rise in the coming years as more people become aware of its health benefits.