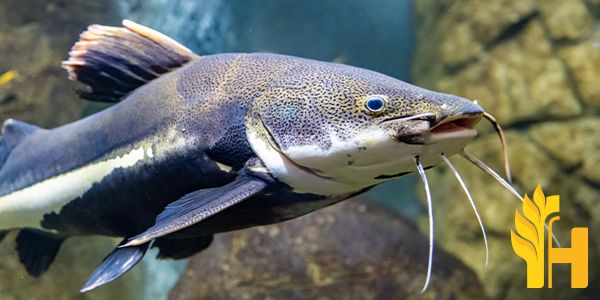 Where to buy and sell Catfish, lowest (cheapest) and highest price.

The body is naked (scaleless); some species, however, may be covered with hard plates. Catfishes are gray, brown, greenish, or yellowish above and lighter below. Most have round black spots on the sides; in some species, the spots are blue or silvery.

Modern catfishes belong to the suborder Siluroidea, which probably evolved in the Cretaceous Period (145.5 million to 65.5 million years ago). The suborder includes about 800 species, ranging from 5 cm (2 inches) to 2.75 m (9 feet). They are found in all seas and in most freshwater habitats; however, they are very abundant only in the rivers of southeast Asia. One species, Parasilurus asotus, is native to the fresh waters of India, Ceylon (Sri Lanka), Malaysia, Indonesia (Java), Sumatra, Borneo, Philippines (Mindanao), and New Guinea.

Catfish is a popular type of freshwater fish that is farmed for food. It is native to Africa and Asia, but it has been introduced to other parts of the world, including the United States. In 2016, the global production of catfish was estimated at 6.3 million metric tons. The majority of this fish is farmed in Asia, particularly in China, which is the world's largest producer. Other major catfish-producing countries include Vietnam, Thailand, and India. Catfish are typically farmed in ponds or cages in rivers. They are fed a diet of pellets or grain, and they are typically harvested when they reach a weight of 1-2 kg. The fish are then processed and sold fresh or frozen. Catfish is a popular food fish due to its mild flavor and firm, white flesh. It is often fried or grilled, and it can be used in a variety of recipes. In addition to being eaten as a whole fish, catfish fillets are commonly used in fish tacos, fish sandwiches, and fishcakes. The global catfish industry is worth billions of dollars and it employs millions of people. In addition to being a major source of food, catfish farming also provides a significant source of income for many communities in developing countries. Despite its popularity, there are some concerns about the sustainability of the catfish industry. The use of antibiotics and other chemicals in fish farms can pollute waterways, and overfishing of wild catfish populations can threaten the long-term viability of the industry. However, with proper management, the catfish industry can continue to provide a valuable source of food and income for many years to come.