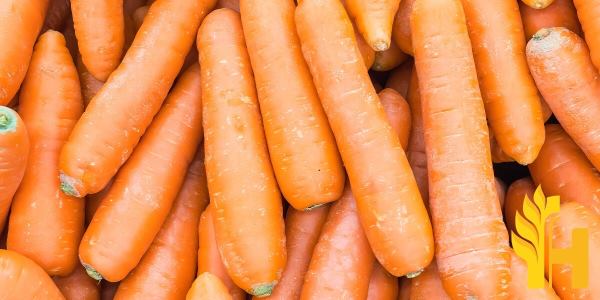 Where to buy and sell Carrot, lowest (cheapest) and highest price.

The Current commodity price of Carrot per kg, pound in the world in the global markets

carrot (out of state)

Carrots and turnips in Albania

Carrots and turnips in Algeria

Carrots and turnips in Antigua and Barbuda

Carrots and turnips in Argentina

Carrots and turnips in Armenia

Carrots and turnips in Australia

Carrots and turnips in Austria

Carrots and turnips in Azerbaijan

Carrots and turnips in Bahrain

Carrots and turnips in Barbados

Carrots and turnips in Belarus

Carrots and turnips in Belgium

Carrot is a native species that is commonly found in the wild in Europe, but also in Asia and North Africa. It was known in ancient times, but an edible cultivated variety was introduced in Europe in the Middle Ages from Asia.

It is one of the most popular vegetables in Poland. There are several varieties that differ in terms of tenderness and taste, often also in color available on the market. Although there are species with white, yellow, and purple roots, Poles still prefer the orange ones.

Carrot is not too difficult to grow. It has low fertilization and heat requirements but likes sunny positions because then its roots gain more sugars and carotene. It grows best in light, well-drained soils, that are rich in humus.

It is often eaten raw, in salads, preserves, cooked in stews, soups, and sauces. It adds flavor and diversifies the dishes, and most importantly, it is very healthy. It contains vitamins A, E, C, B1, B2, PP, K, H) and minerals (potassium, calcium, sodium, magnesium, sulfur, manganese, iron, zinc, copper, cobalt). It is an extremely valuable source of beta-carotene, which not only improves the appearance of our skin but also protects our eyesight, supports the work of the liver and pancreas. When eaten raw, carrots strengthen teeth and gums.

It is recommended for people who take care of their body because it consists mostly of water, so it is low in calories. After cooking, however, its glycemic index increases, so diabetics must be careful.

In addition, experts argue that a diet rich in carotenoids significantly reduces the risk of various types of cancer, including colon, prostate, cervix, bladder, esophagus, and larynx. These natural antioxidants also protect against cardiovascular diseases such as heart attacks.

Carrots are recommended for young mothers because they contain folic acid They are also recommended for people with digestive disorders and in the case of children’s parasites and diarrhea. They are rarely allergenic, so they belong to the group of the first solid foods given to infants when expanding their diet.

Production data on carrots is essential for purposes such as monitoring global production trends, estimating import and export volumes, and assessing the effect of production shocks on prices. Global production of carrots has increased steadily in recent years, reaching a record high of over 72 million tonnes in 2016. The top carrot-producing countries in the world are China, the United States, and Russia. Carrots are typically grown in temperate climates and require well-drained soil with a pH level of 6.0-7.0. Carrot is one of the most popular vegetables in the world. It is a root vegetable, usually orange in color, though other varieties exist. Carrots are a good source of vitamins and minerals and have been linked to numerous health benefits. Carrots are grown in many parts of the world, but the largest producers are China, the United States, and Russia. In 2016, these three countries accounted for nearly 60% of global production. The total global production of carrots in 2016 was approximately 37 million metric tons. The majority of this production occurred in Asia, with China accounting for more than 20 million metric tons. Europe and North America were the second and third largest producers, respectively.