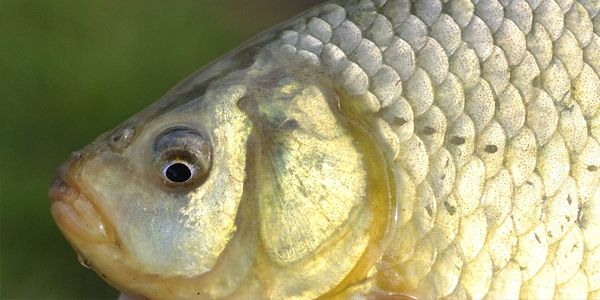 Where to buy and sell Carp, lowest (cheapest) and highest price.

The Current commodity price of Carp per kg, pound in the world in the global markets

Carp are a large and diverse group of freshwater fish, native to Europe and Asia. They are one of the most popular fish for aquaculture and recreational fishing and are also widely used in traditional medicine. Carp is a versatile fish and can be cooked in many different ways. Carp are a nutritious fish, high in protein and low in fat. They are a good source of vitamins and minerals, including vitamin B12, phosphorus, and selenium. Carp is also a good source of omega-3 fatty acids. Carp are omnivorous, meaning they will eat almost anything, which can make them difficult to control in some environments. However, their ability to adapt to different conditions makes them hardy fish that is well-suited for many different types of ecosystems. Carp typically have a dark green or brown body with a lighter underside. They can grow to be quite large, with some individuals reaching over 2 meters in length. Carp are not known for being particularly beautiful fish, but their hardiness and adaptability have made them a popular choice for aquaculture and fisheries around the world. Carp is a popular fish for aquaculture and recreational fishing. Carp are easy to catch and are good to eat. The flesh of carp is white and firm, with a mild taste. Carp can be baked, fried, grilled, or smoked. Carp is also used in traditional medicine. Carp organs and bones are used to make medicines for the treatment of various diseases. Carp blood is used to treat wounds and burns. Carp skin is used to make a plaster for the relief of pain. They can be served with a variety of sauces, such as tartar sauce, horseradish, or tomato sauce. Carp is also often used in Asian cuisines, such as in Chinese hot pot or Japanese sushi. Carp are native to Europe and Asia, but they have been introduced to many other parts of the world as well. In some areas, such as the United States, carp are considered to be an invasive species. Carp are large fish and can grow to be over four feet long. They have a reputation for being tough and bony, but they can actually be quite delicious if prepared properly. Carp are bottom-feeders, and their diet consists mostly of plants and small animals. Carp are an important food fish in many parts of the world, and they are also raised commercially for this purpose. In some areas, such as Asia, carp is considered to be a delicacy. The flesh of the carp is white and firm, and it has a mild flavor. Carp can be prepared in a variety of ways, including baking, frying, and stewing. If you are fishing for carp, it is important to be aware that they can put up a good fight. They have strong teeth that can easily cut through the line, so it is important to use sturdy tackle when attempting to catch one. Carp are also known to jump out of the water when they are hooked, so be careful not

Carp is a popular fish in many parts of the world. It is easy to farm and has a high yield, making it an important food source for humans. Carp is also used in Traditional Chinese Medicine. Global production of carp was estimated to be 9.4 million tonnes in 2018, the majority of which came from China. Carp is an important part of the diet in many Asian countries, and demand is expected to continue to grow in the future. The Chinese carp industry is the largest in the world, with an estimated 8 million tonnes of production in 2018. The industry is worth billions of dollars and employs millions of people. China is also the largest exporter of carp, with over 70% of global exports coming from the country. The carp industry in Europe is much smaller than in Asia, but it is still an important part of the continent's economy. In 2018, European production was estimated at 1.1 million tonnes. The majority of European carp production comes from Poland and Germany. Carp is a versatile fish that can be cooked in many different ways. It is commonly fried, grilled, or roasted. Carp is also often made into fishcakes or added to soups and stews.