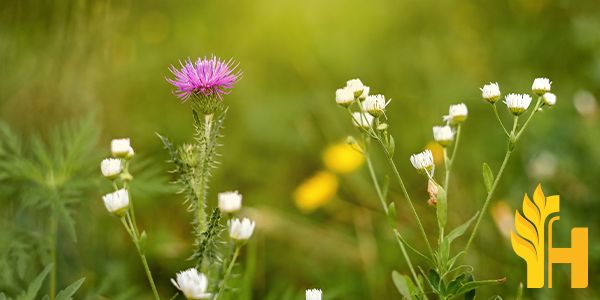 Where to buy and sell Cardus Marianus, lowest (cheapest) and highest price.

Mediterranean milk thistle (Silybum marianum , Cynara cardunculus var.marina) is an annual or biennial plant of the family Asteraceae. This fairly typical thistle has red to purple flowers and shiny pale green leaves with white veins. Originally a native of Southern Europe through to Asia, it is now found throughout the world. This plant is often confused with similar species of thistle that are sometimes called "milk thistles", such as Onopordum acanthium (cotton thistle) or Cirsium vulgare (bull thistle). Milk thistle is regarded as an invasive species in the United States. The plant has a long history of use as a medicinal herb, both because of its strikingly beautiful appearance and because of its efficacy. The seed contains more of liver-protective flavonolignans silymarin and silybin than the leaves or fruit (fruit contains 0.07 to 0.2% silymarin, leaves 1 to 2%, and seeds 5 to 10%). Milk thistle is native to the Mediterranean region but has since been introduced to temperate regions worldwide. It can be found growing along roadsides, in pastures, waste areas, vineyards, and orchards. It prefers moist, well-drained soils but can be found growing in sandy or gravelly soils. The milk thistle is widely grown as an ornamental plant for its conspicuous, large spiny leaves and purple flowers; it typically has self seed in the garden, but not aggressively so. The flower heads are sometimes dried and used in arrangements. The plant is an annual, biennial, or short-lived perennial herb, with a spiny stem 2-4 ft (60-120 cm) high with green to slightly purplish branched spines and sparse, yellowish spines; flower head not compact, hemispherical to cylindrical, 1-1.5 in (3-4 cm) diameter, surrounded by spiny bracts; involucre cylindrical to funnelform, spiny; outer phyllaries with brown margins and stiff papery tips; inner phyllaries oblong, pointed at tip; florets purple (rarely white), tube Milk thistle grows to about 1 meter (3 feet) tall, with smooth leaves and unspun stems. The large flower heads are globe-shaped and bloom in summer to early fall, producing numerous wind-distributed seeds. For more than two centuries, milk thistle has been used as a remedy for liver ailments including hepatotoxicity, cirrhosis, chronic hepatitis, subacute hepatic failure, and other types of liver disease. Silymarin, a compound isolated from milk thistle seeds, is used in herbal medicine to treat these ailments.