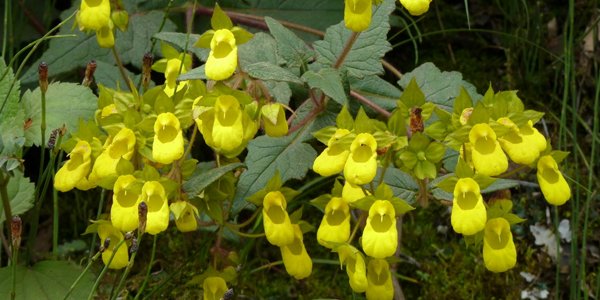 Where to buy and sell Calceolaria Slipper Flower, lowest (cheapest) and highest price.

The calceolaria, also known as the slipper flower, is a genus of flowering plants in the family Calceolariaceae. The genus comprises about 500 species, which are distributed in temperate and subtropical regions of the world. The leaves are opposite or whorled, and the flowers are borne in racemes or panicles. The calyx is tubular and the corolla is slipper-shaped, with a spur at the base. The fruit is a capsule containing many small seeds. The calceolaria has slipper-like flowers that can be either yellow, orange, or red in color. The flowers have a distinctive shape that makes them look like they are wearing slippers. The calceolaria is a relatively small plant, and it only grows to be about 12 inches tall. The calceolaria is typically found in mountainous regions of South America. The calceolaria is a popular garden plant, and many cultivars have been developed for use in pots and borders. The plants are also used in floristry, and the flowers are often used in bouquets.They can be grown in a wide range of soils and climates and will tolerate some shade. However, they prefer full sun and well-drained soil. These plants are generally low-maintenance and are not susceptible to many pests or diseases. When grown in optimal conditions, calceolaria plants will produce an abundance of flowers. Each flower stalk can bear up to 50 blooms. The flowers of these plants typically last for about two weeks. After flowering, the plant will produce seed pods that contain a large number of seeds. Calceolaria plants can be propagated by seed or division. When propagating by seed, it is best to sow the seeds in a warm location. Once the seedlings have emerged, they should be transplanted into individual pots. Calceolaria plants can also be divided in spring or fall. Each section of the plant should have at least two leaves. The divisions can then be transplanted to their desired location. Calceolaria plants make excellent additions to flower gardens and can also be used in containers or as border plants. These plants are particularly well-suited for rock gardens. When grown in mass plantings, they can create a striking visual effect. Calceolaria plants can also be dried and used in floral arrangements.