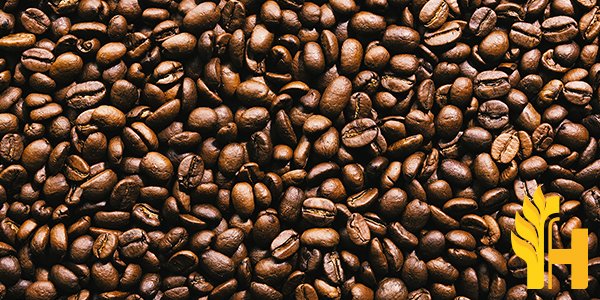 The current, latest prices of Cafe in the world in the global markets

The café plant (Coffea arabica) is a coffee plant that is grown for its beans. The coffee bean is the seed of the coffee plant, and it is used to make coffee. The café plant is native to Ethiopia, and it was first cultivated in Yemen. The café plant grows best in warm climates, and it is often grown in Brazil, Colombia, India, and Vietnam. The café plant is a small tree that can grow to be 20 feet (6 meters) tall. The café plant has dark green leaves and white flowers. The coffee bean is found in the berries of the café plant. The berries are usually red when they are ripe, and they turn brown when they are dried. The coffee bean is then roasted and ground to make coffee. The coffee plant is a woody perennial evergreen tree that can grow up to 10 m (33 ft) tall when unpruned. When grown in the sun, the coffee plant develops dark green, glossy leaves. The leaves are opposite, simple ovate-acuminate, 6–12 cm (2.4–4.7 in) long and 4–8 cm (1.6–3.1 in) wide, with a smooth or wavy margin. The flowers are axillary, white, fragrant, lily-like blooms that yield no nectar but are highly attractive to certain bee species such as Lasioglossum kincaidii and Lasioglossum calcium which visit the flowers for pollen. Coffee flowering occurs once a year and can produce yield several times a year. Each flower lasts only a few days; self-pollination is rare. The fruit is known as cherry and contains two seeds, called "beans". Coffea arabica is the most popular type of coffee bean, and it is used to make about 70% of the world’s coffee. The café plant is a tropical plant, and it needs a lot of sun and rain to grow. The café plant can be grown in pots, and it does not need much space. The café plant is an important crop for many countries. Coffee is the second most valuable commodity in the world, after oil. The café plant is grown in more than 70 countries, and it employs millions of people. Coffee is a major export for many countries, and it is an important part of the global economy. Coffee is a popular drink, and it has many health benefits. Coffee is a rich source of antioxidants, and it can help to protect the body from damage caused by free radicals. Coffee can also help to improve cognitive function, and it has been linked to a lower risk of Alzheimer’s disease. Coffee is also a good source of caffeine, which can help to improve alertness and energy levels. Coffee plants originally grew in Africa, and today are grown in more than 70 countries, primarily in the equatorial regions of the Americas, Southeast Asia, India, and Africa. The two most commonly grown coffee beans are the Arabica, accounting for about 60% of production, and the Robusta, which accounts for about 30%. The coffee plant is thought to be native to Ethiopia and was first cultivated in Yemen. Coffee plants were brought to Europe in the 1600s by Dutch traders, and to the Americas by Portuguese colonists in Brazil. In 2014, worldwide production of green coffee beans was 9.3 million tonnes, led by Brazil with 40% of the total (down from 41% in 2013), followed by Vietnam with 18%, Colombia with 10%, and Indonesia and Ethiopia with 6% each. Arabica coffee beans are grown in Latin America, eastern Africa, Arabia, India, and Indonesia. Robusta coffee beans are grown in western and central Africa, throughout southeast Asia, including Vietnam. Over 70% of the world's green coffee is produced by just four countries: Brazil, Vietnam, Colombia, and Indonesia. In 2014, Brazil was the top producer of green coffee beans, with 40% of the world's total. Brazil is followed by Vietnam, which produced 18% of the world's green coffee beans in 2014. Colombia was the third-largest producer, with 10% of the world total, followed by Indonesia (6%) and Ethiopia (6%). The United States is a major importer of green coffee, importing about 19% of the world's green coffee beans in 2014. The European Union is the second-largest importer, with 18% of the world total, followed by Japan (5%) and Turkey (4%).