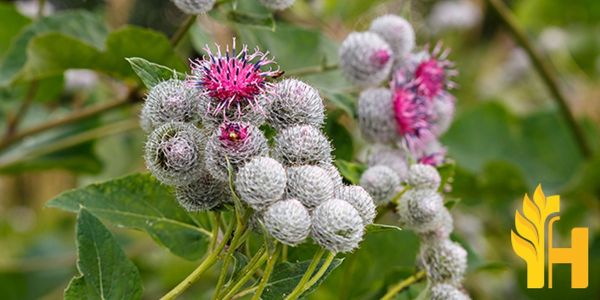 Where to buy and sell Burdock, lowest (cheapest) and highest price.

The Current commodity price of Burdock per kg, pound in the world in the global markets

Burdock, also sometimes spelled burrdock is a type of biennial plant that belongs to the Asteraceae family. It is characterized by its round (globular) flower heads with modified leaves called bracts. The bracts quite often are prickly. It is a species native to Asia and Europe but was also introduced and spread throughout North America. In most countries, it is regarded as weeds, but in Asia, it is cultivated for its edible root. Burdock is also known for its round fruits that stick easily to clothing and fur.

It occurs naturally in pastures and hayfields or cultivated as a vegetable. It forms low rosettes during the first year which develops tall branches in the second year. Its leaves are hairy underside when young and have a wavy margin. A hollow petiole attaches the leaves to the stem. Burdock’s flowers are mostly purple but sometimes can be found white. They produce small dry fruits known as achenes when they mature.

The plant is usually cultivated for its root which is an underground tuber believed to be a medicinal herb and a vegetable. It contains many compounds known as anti-oxidant which improve immunity and prevent diseases. The root is low in calories and is a great source of polysaccharides such as mucilage or inulin. It is an excellent source of potassium and other elements such as iron, manganese, magnesium, zinc, calcium, selenium, and phosphorus as well as vitamins, especially vitamin C, E, riboflavin, pyridoxine, and niacin which are important for optimum health.

It has been used in folk remedies as one of the best remedies which help to purify the blood. It contains various diuretic properties which help to remove toxins from the blood through urine. The plant is used to treat eczema, psoriasis, and skin dryness as well as various problems with the liver and gallbladder.

Burdock root is covered with dark brown skin which has a woody texture. The pulp of the root is crunchy milky white and may turn grey when exposed to air. It is quite often served with many Asian dishes, as a side dish, soups, or an appetizer. It is also quite often mixed with other vegetables to prepare a wide selection of dishes.

Burdock is a plant that produces a fruit that is often used in herbal medicine. The fruit, also known as arctium lappa, is rich in nutrients and has been used for centuries to treat a variety of ailments. Burdock grows in many parts of the world, but the majority of global production comes from China. In 2016, China produced 1.3 million metric tons of burdock, accounting for over 80% of the world's total production. Other major producers include Russia, Japan, and South Korea. Burdock is used in a variety of traditional medicines and is believed to have many health benefits. It is often used as a digestive aid and is thought to help with liver and kidney function. Burdock is also sometimes used as a natural treatment for cancer. While burdock does have many potential health benefits, it is important to consult with a healthcare professional before taking any supplements or using any herbal remedies. Burdock can interact with some medications and may not be suitable for everyone.