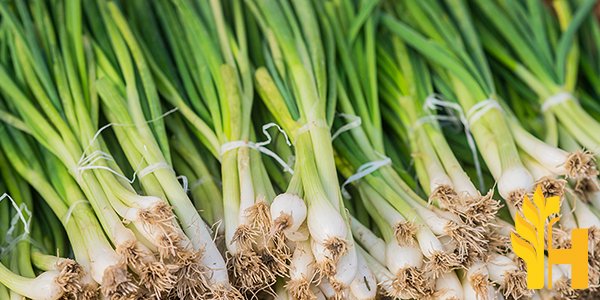 Where to buy and sell Bunching Onion, lowest (cheapest) and highest price.

The Current commodity price of Bunching Onion per kg, pound in the world in the global markets

Scallions (Allium fistulosum) are an easy-to-grow perennial vegetable that gives you a 2nd harvest of green onions. Just start them from seed or harvest and replant the baby bulbs called "sets." The scallion's white bulb, surrounded by long green leaves is Nantes type. Scallions are a type of bunching onion, an edible plant from the same family as garlic and leeks. Allium fistulosum is native to North-West Asia, but it's been cultivated in greenhouses and gardens all over the world for more than 3,000 years.

Scallions can grow as perennials in mild climates. Scallions are good for you. One large scallion has only 16 calories, 0 grams of fat, and 1 gram of sugar. It's a great source of Vitamin C, folate, fiber, calcium, and potassium. And best of all, it tastes good too! Scallions are best grown from seed, but you can also plant individual "sets." Sets are baby bulbs that have been harvested in the fall or spring, then replanted in the soil.

To plant scallions from seed, start indoors 8 weeks before your last spring frost, or direct sow into loose soil once the ground has reached 50 degrees Fahrenheit. Scallions need full sun and well-drained soil. Keep the soil moist and fertilize every 4 weeks with a high nitrogen fertilizer like fish emulsion or manure tea.

Once the scallions reach about 8 inches tall, use scissors to cut off the green leaves, leaving just an inch or two of the white stem exposed. This allows more energy to go into forming a larger bulb. Continue harvesting scallions as you need them throughout spring and summer. Scallions are ready to harvest when the tiny white bulbs are about 1/2-inch across. Harvest only the outside stalks, leaving the others to continue growing.

To keep your scallion bed productive longer, you can divide your plants every 2-3 years. Dig up the bulbs and separate them into individual plants or smaller clumps. Replant right away or put in a container for winter storage.

Scallions are great no matter how you cook them. Use them raw, or add a little water to the pan and cook just long enough to soften their flavor. They're good in rice, pasta, soups and stews, salads, and stir-fries. But they truly shine when you use them as a replacement for garlic. That makes cooking more fun for both adults and kids. Scallions are great in soups, stews, stir-fries, salads, and sandwiches.