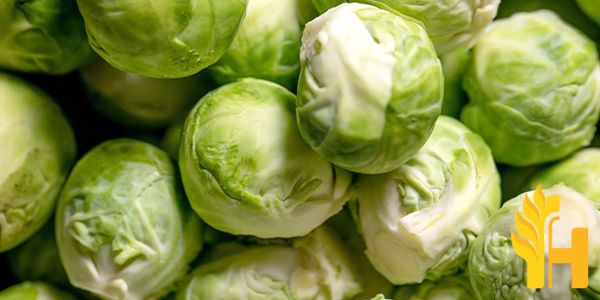 Where to buy and sell Brussels Sprouts, lowest (cheapest) and highest price.

The Current commodity price of Brussels Sprouts per kg, pound in the world in the global markets

Brussels sprouts, known under the scientific name Brassica oleracea, are a cultivar of cabbage that belong to the Brassicaceae family. It is grown for its small leafy green buds which are edible. The buds look like miniature cabbages. The plant is characterized by its smooth and leathery leaves which vary in their color from green to purple. Long leaves are arranged alternately on the stem. Buds are usually formed at the base of leaves on the long spiral stems. Brussels sprouts are a biennial plant but are usually grown annually. It reaches up to 1 meter in height and spreads up to 0.6 meters. It is native to Northern Europe and is commonly referred to as sprouts.

This miniature cabbage is a well-known green vegetable that can be eaten in many forms and is an excellent ingredient for various different dishes. It is often cooked, steamed, boiled, or fried. Brussels sprouts can also be pickled in vinegar or preserved in many other ways. It is highly appreciated for its cooking properties and characteristic taste, similar to the taste of their cabbages.

It is an excellent source of various kinds of vitamins, especially vitamin A, B1, B6, C, and E as well as important for the body minerals. Brussels sprouts contain large amounts of dietary fiber which regulate the intestine and the excretion of the body fluids. The buds are low in calories and make a perfect addition to every diet. The vegetable also has anticarcinogenic properties.

Brussels sprouts are not a vegetable of high production but are quite popular in winter months thanks to their vitamins and minerals contents. This vegetable was cultivated for the first time in Belgium, this is also the reason for its name and quickly spread around Europe as well as other Asian and American countries. The largest production takes place in China with almost 1995300 tons of vegetables produced each year. The second-largest production takes place in Russia – 450000 tons each year. Russia is followed by India, Korea, Japan, and The United States.