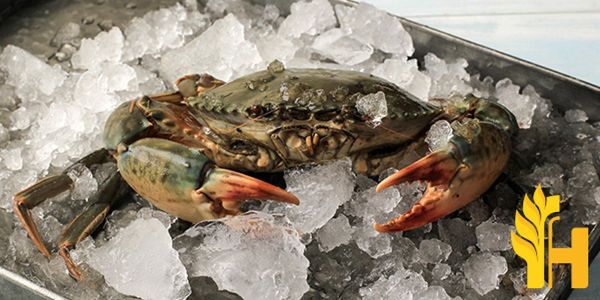 Where to buy and sell Brown Crab, lowest (cheapest) and highest price.

The Current commodity price of Brown Crab per kg, pound in the world in the global markets

Brown land crab is also known as blue land crab and its scientific name Cardisoma guanhumi. It is a species of a land crab native to tropical and subtropical regions of the Atlantic coast of Americans. It naturally occurs from Brazil to Colombia, throughout the Caribbean and Gulf of Mexico, the Bahamans, and Bermuda.

The crab may be found in a variety of colors and shades that range from dark blue to pale grey or brown. It can grow up to 15 centimeters in carapace width and weigh up to 500 grams. Just like other crab types, male species man is characterized by their dimorphic claws which can grow up to 15 cm in length and in fact be bigger than the whole animal. Its eyes are often stalked and can be pale grey or deep blue. Young crabs usually possess brown carapace and orange legs. Females mostly are lighter than males and usually are found to be white or light gray.

This crab spiecies is omnivorous. It collects eats and fruits but also feeds itself on insects and carrion. Just like other species of crabs they are prone to cannibalism. They mostly travel in the shade during the day and become more lively during nighttime. According to fishermen, young crabs take up to two weeks to become consumable (the cleaning process) and the adult ones may even take a month.

Brown land crab uses its light and sound detectors to find food. The conducted experiments confirmed the fact that crabs leave their burrows when they notice the sound of falling fruit. They can also detect small moving objects and ground vibrations.

Land crabs must be carefully cleaned before they can be consumed. The process of cleaning purges everything that the crab ate. Due to its diet, crab meat may be contaminated. Purging may take up to a month before the crab can be consumed. Land crabs are considered one of the greatest seafood available on the market. They are quite an important species of commercial fishing. They are mostly fished around Walney Island and the Cumbrian coast. Brown land crabs are fished using crab and lobster pots.

Brown crab is a popular seafood delicacy enjoyed by people all over the world. The meat of this crab is considered to be very tasty, and as such, it is no surprise that brown crab is one of the most commercially valuable crabs in the world. In fact, according to the Food and Agriculture Organization of the United Nations (FAO), the brown crab is the second most valuable species of crab in terms of global production. In 2018, the world production of brown crab was estimated to be worth around US$1.9 billion. The vast majority of this crab is caught in the wild, with only a small amount being farmed. China is by far the largest producer of brown crab, accounting for almost 60% of the global total. Other major producing countries include Russia, Indonesia, and the United States. The brown crab is an important species not only for its commercial value but also for its ecological role. This crab is a key predator in many marine ecosystems, helping to keep populations of other animals in check.