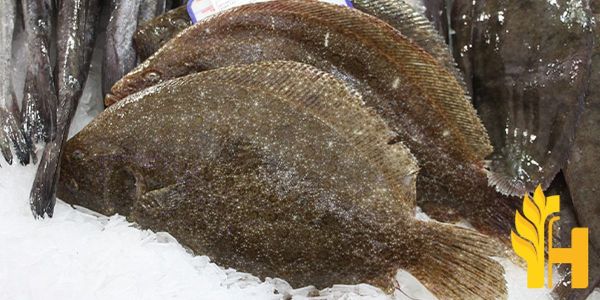 Where to buy and sell Brill, lowest (cheapest) and highest price.

The Current commodity price of Brill per kg, pound in the world in the global markets

Brill (Scophtalmus Rhombus) is a type of flatfish belonging to the Turbot family. It is characterized by its quite oval shape, and in contrast with Turbot, its skin is completely smooth. Brill is native to the North-East Atlantic and the South and West of Britain. It is usually fished via gill net or trawled. It is available throughout the year but is the most abundant from September to May.

It is an enormous broad bodied fish. Its dorsal fin starts above the large curved mouth, A few first rays of the dorsal fin are not fully connected to the membrane, creating quite a frilly appearance. Its lateral line is strongly curved towards the pectoral fin. Brill quite often occurs in brown or sandy brown colors. Its skin is covered with darker and lighter spots and flecks, which do not appear on the tail fish and tail region. Its underside is significantly brighter, usually creamy or white. Like most flatfish species, brill has the ability to camouflage itself by lying on the seabed. It can also slightly change its colors to match the surroundings. The fish can grow up to 75 cm in length but more often it achieves the maximum of 50 cm in length.

Brill’s meat is a great source of various vitamins, especially vitamin B12 and B6. It is also a great source of minerals and elements such as selenium, phosphorus, and magnesium. The fish is usually served baked, pan-fried, or poached. Very often it is cooked whole but sometimes can be filleted.

The largest industrial fishing, as well as production of raw fish, takes place in Denmark, Germany, France, Spain, Portugal, and the United Kingdom. It is quite often manually harvested and killed with the use of containers filled with ice and seawater and then transported to the processing units. The meat tends to be a bit pricy because fish is mostly caught in the wild and aquaculture is still being further developed. The optimal conditions and locations for the on-growing aquaculture are quite challenging to find, that’s why the cage culture of this species is still in the experimental phase.

The global production of brill fish has remained relatively stable in recent years. In 2013, the total catch was reported at around 4,000 tonnes, similar to the levels seen in 2012 and 2011. The top producing countries include China, India, Viet Nam, and Bangladesh. China is by far the largest producer of brill fish, accounting for over 60% of the total global production. In 2013, the country's total catch was reported at 2,500 tonnes. India is the second largest producer, with a catch of 600 tonnes in 2013. Viet Nam and Bangladesh are the third and fourth largest producers, respectively, with catches of 400 and 300 tonnes in 2013. The global production of brill fish is expected to remain relatively stable in the coming years. However, there is some potential for growth in certain markets, such as China and India, as demand for fish increases.