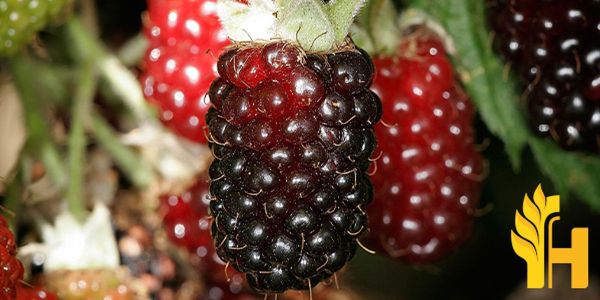 Where to buy and sell Boysenberry, lowest (cheapest) and highest price.

Boysenberry is a type of huge bramble fruit that occurs on a pricky shrub of the same name. It is considered by many believed to be a cross between a red raspberry and a blackberry or a loganberry and a blackberry, or both. It creates dark reddish or maroon fruits with a sweet and slightly tangy flavor. The fruit is especially valued for its culinary uses, It can be used as pies and cobblers stuffing, canned, or used to make various kinds of jams, jellies, and other preserves. The fruit is plump, firm, and evenly colored when ripe. Its taste is similar to the taste of blackberries and raspberries. It has lots of juice which is sweet just like blackberry juice but has a little bit of that floral character, characteristic of raspberries.

Boysenberry is native to the United States and New Zealand and is chiefly grown there. The largest farms specialising in boysenberry production are located in the regions of the pacific coast, reaching from southern California to Oregon. Later the fruit was also introduced in Australia.

The fruit was developed by Rudolph Boysen of Anaheim in the 1920s. Although the fruit is quite new to the market it got huge commercial popularity. Despite its short shelf life, the fruit is easy to find in many stores, and shrubs quite often are grown in home gardens. Boysenberry is a perennial plant that is characterized by its long longevity (up to 20 years). It is hardy and cold tolerant, which makes it quite easy to grow. The fruit is really popular when in season – from late spring to early summer.

Boysenberry is a rich source of various important vitamins and nutrients. It contains lots of important minerals and elements such as magnesium, phosphorus, potassium, calcium, and iron. The fruit also contains huge amounts of vitamin A and vitamin C, as well as dietary fiber. It is also an excellent source of natural antioxidants, especially anthocyanins, which help to maintain brain cells’ health and protect against oxidative damage that may lead to Alzheimer's disease and brain aging.

Due to its short growing season and limited geographical range, boysenberries are not widely cultivated. However, production has increased in recent years as the fruit has become more popular with consumers. According to the most recent data from the Food and Agriculture Organization of the United Nations (FAO), global production of boysenberries was estimated at 22,500 metric tons in 2016. The majority of this total was grown in the United States, which accounted for nearly 60 percent of global production. Other major producing countries include Chile, New Zealand, and Canada. Boysenberries are a hybrid cross between several different berries, including the blackberry, raspberry, and loganberry. They were first developed in the early 1900s by Walter Boysen, for whom they are named. Boysenberries are large and round with a deep red color. They have a tart yet sweet flavor and are often used in pies, jams, and other desserts.